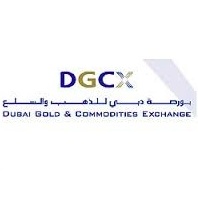 Gold and forex were the key drivers as Dubai’s multi-asset trading exchange; The DGCX reports upbeat trading volumes. November metrics on the Dubai Gold and Commodities Exchange grew 19% from the same period last year, trading 981,925 contracts, valued at US $28.5 billion. The move strengthens Dubai’s position as a preferred venue for international traders.

The post-summer period has been welcomed by trading venues as volatility supports activity. The DGCX has benefited from filling a niche, the overseas rupee market. It became the first recognized exchange to launch rupee derivatives. Currency contracts take the lion’s share of volumes at the exchange.

Commodity markets have absorbing emphatic blows on the back of geopolitical tension. DGCX saw volumes in its gold segment rise; The venue’s benchmark contract, Gold Futures, traded 46,066 contracts in November, recording a significant growth of 22% year-on-year and rising 39% from last month.

The UAE’s relationship with India plays a key role in business and commerce between the two nations which ultimately impacts volumes on the exchange. During November, gold imports in India rose significantly. Official government figures showed that the gold import bill reached $5.61 billion, equivalent to 146 tonnes in quantity terms in November 2014. The gold import bill recorded a sharp jump of 571.28% in November 2014 as compared to $835 million in the comparable month last year.

India, one of the worlds largest consumers of gold, had reduced the import fees and limits during November. Overall imports were lower in 2014 due to a sharp increase in import duty to 10 percent and an 80:20 scheme introduced by the government to curb import and control widening current account deficit.

Gaurang Desai, interim CEO of DGCX, commented about the most recent figures: “The continued volume growth in Gold Futures reflects the growing interest from global traders in using the contract to effectively hedge against price fluctuations. This augurs well for the launch of our spot gold contract early next year.

“It is our constant endeavor to develop innovative products based on the requirements of our market participants and provide them with services and the infrastructure to trade seamlessly. We are looking to expand our Emerging Market portfolio with three new currency contracts in the immediate pipeline.”

The Indian rupee has succumbed to a strong dollar. Since the new government took charge, sentiment was positive as market reforms were expected to boost the economy. The rupee hit an 11-month low against the greenback nearing 63 to the dollar.