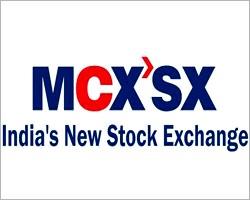 The troubled MCX Stock Exchange turns over a new leaf as it attempts to reignite fortunes after its promoters were caught-out in one of India’s biggest financial markets fraud.

One of the world’s leading cross-asset, equities and currency derivatives trading venues, MCX-SX exchange, has amended its name as it aims to start fresh, under new the direction of new shareholders.

The exchange hopes that the new filing will remedy the scars left behind from the events that caused the downfall of NSEL, a spot exchange.

Saurabh Sarkar, pictured, MD & CEO, at MSXI commented in a statement, he said, “We are thankful to the ROC for granting us the approval and also thankful to the regulator, SEBI for initially approving the name for the Exchange. This event builds our confidence further to strive harder to take the Exchange to the next level”.

As the investigations unfolded, MCX-SX and the firm behind its technology, Financial Technologies India Limited, (FTIL) started seeing negative after effects. The dominant multi-asset exchange saw a reduction in its market share of key products such as its currency derivatives offering with rival, BSE, picking up the pieces despite being a late comer to the market place.

The MCX-SX clean-up project started with changes at the top, with the latest announcement being the last piece of the puzzle that disassociates the firm from the fraud.

MCX-SX and MCX are two independent firms that were both formerly promoted by FTIL, the venues specialise in separate asset classes, including, equities, commodities and FX.

At its peak, MCX’s commodity counterpart,  was recognised as one of the world’s most liquid venues for commodity derivatives trading. In 2007, the firm reported that its average daily trading volumes was higher than many of its peers and reached $880 million, next to NYMEX and TOCOM.

The firm was also classified as the second most liquid venue in trading of silver futures. Although notional volumes were 10% of those reported by its competitors, the firm was the third and second largest in gold and silver in terms of the number of orders executed.

The new name for the exchange is a crucial development in its turnaround strategy to dissociate completely from its old identity and pave its way for further business building.


*The article has been updated since first publication.

Share this article
Tags: mcx
Got a news tip? Let Us Know