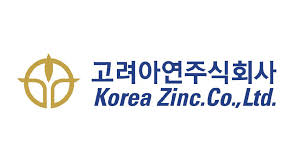 Sorin Corporation, a leading multi-discipline corporation based in Seoul, has gained approval to operate as a category-five associate trade member at the London Metal Exchange. The firm becomes the first Korean firm to gain authorisation and highlights LME’s growth post-acquisition under the HKEx.

“We welcome Sorin to the LME and look forward to expanding our user base in Korea and in the Asia region,” said Garry Jones, chief executive of the LME, in a statement.

Headquartered in Seoul, Korea, Sorin acts as an exclusive metal export agency of its affiliate entities, Young Poong Corporation and Korea Zinc Co. Ltd., both of which are listed on the Korea Exchange (KRX).

The latest move follows on from the recent appointment of Jason Chang, representative director of Sorin, who was appointed to the LME Lead and Zinc committee in 2014, making him the LME’s first Korean committee member.

The LME has been extending its position in Asia through its acquisition of the Hong Kong Exchange, the firm reported that it is planning an event in Korea in the second half of 2015 focused on educating Korean clients about the LME and the function and benefits of hedging to protect against price volatility.

Share this article
Tags: lme
Got a news tip? Let Us Know