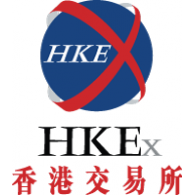 The Hong Kong Futures Exchange Limited, a subsidiary of the Hong Kong Exchanges and Clearing Limited (HKEx), has instituted an offering of after-hours RMB Currency Futures, slated to begin April 7, according to a HKEx statement.

RMB Demand Rises as Investors Want a Piece of the Action

HKEx is a highly diverse exchange that deals with futures, forex, derivatives and commodities – the proposed offering of RMB Currency Futures represents an attempt to satisfy pent up demand for the Chinese currency, which has shown signs of more competitiveness since the People’s Bank of China (PBOC) took steps to widen the trading band earlier this month.

The after-hours RMB Currency Futures are scheduled to be overseen by market makers Bank of China Limited (Hong Kong) and Deutsche Bank AG (via Deutsche Securities Asia Limited). According to the HKEx statement, “The RMB offering stipulates that the market makers will be providing continuous two-sided quotes good for at least 10 contracts on each side in all listed contract months with a maximum bid/ask spread of RMB0.003.”

The RMB has shown a penchant for heightened demand as of late, namely across German and Australian markets, including its inclusion in a limited capacity through the Australian Securities Exchange (ASX). With the HKEx after-hours trading, RMB Currency Futures Market will be open during business days between the hours of 9:00 am and 4:15 pm and 5:00 pm to 11:00 pm Hong Kong time, as of April 7, 2014.

HKEx already boasts the world’s first RMB currency futures, which started its inaugural trading back in September 2012. According to HKEx figures, the average daily volume (ADV) soared to nearly 1,500 contracts this March, from 290 back in September 2012 – this includes a recent record volume of 6,318 contracts on March 19, 2014, estimated at $632 million.

Oh dear, I thought that was for real!!! ha ha ha