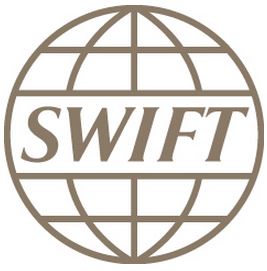 SWIFT, the global leader in financial transaction tracking, has announced that Chinese Renminbi (RMB) payments value for the month ending February 2014, exploded 248% YoY as FX activities continue to drive the currency’s exposure in Australia and worldwide, according to a SWIFT statement.

The Society for Worldwide Interbank Financial Telecommunication (SWIFT) employs a variety of outlets and channels for the transfer of secure financial messaging and information regarding transactions. In particular, its RMB Tracker showed that between February 2013 and February 2014, the payments of RMB exploded 248% YoY. Indeed, the interconnectivity between China and Australia has been strengthening lately, underscored by several initiatives in RMB settlement. Recently, the Australian Securities Exchange (ASX) gained RMB settlement capabilities for the first time for its entire asset suite.

According to Bill Doran, Head of Oceania for SWIFT, in a statement on the RMB influx, “With the recent announcement of ASX and Bank of China to establish an RMB Settlement Service in July 2014, Australian companies trading with China will be able to pay and receive in RMB for cross-border transactions just as they do with the Australian dollar. As a result, we expect to see further growth of RMB usage in Australia.”

Overall, Australia represents the world’s sixth largest destination for RMB payments value – in the month of February 2014, 14% of all payments and investments between Australia and China and Hong Kong were in RMB. This highlights a massive jump from February 2013 and 2012, which were reported at just 7.7% and 1.9% respectively.

“98% of these payments in value are institutional, as opposed to payments sent by banks on behalf of their customers, which makes up the remaining 2%. This is most likely a reflection of the RMB mainly being used for investments and foreign exchange activities, rather than trade settlement. Given the strong trade relationship between China and Australia, we expect to see direct customer payments in this country grow as well. There are real benefits for Australian companies to use the RMB. Some of these benefits include faster settlement of payment between suppliers and buyers, savings on invoicing costs, reduction of exchange rate risk and reach to more Chinese customers and investors who prefer to trade in their currency,” added Doran.