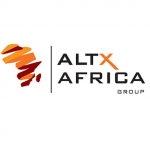 Among brokers and financial firms, China and South East Asia were viewed as the hot markets to enter during the first half of the decade. Interest in those regions remains strong, as witnessed by the record crowds at last week’s iFX Expo. But quickly becoming an emerging market that is popping up on the radars of firms is Africa. Those on the ground will tell you that Africa is a much different market than other regions, but one with a lot of current and expected potential.

Examples of current financial innovation is the m-Pesa mobile payment system, where cell phones have replaced banks in Kenya for much of the population. Elsewhere, with the continent’s massive precious metals economy, Mauritius-based Bourse Africa has become a central exchange to connect multiple African countries to Dubai and Singapore.

Furthering the coming expansion of capital market services in Africa, the GMEX Group has announced today that it has acquired a 25% stake in ALTX Africa Group. UK-based GMEX Group operates several exchanges around the world including the London Derivatives Exchange. Via their GMEX Technologies unit, they also provide infrastructure services to exchanges around the world enabling them to operate their own marketplaces.

Previously having a customer-to-vendor relationship, following the equity-stake deal ALTX Africa Group plans on expanding its interconnected exchange strategy to other parts of Africa using technology solutions from GMEX.

Hirander Misra, chief executive officer and co-founder of GMEX Group, commented on the deal, “This investment in ALTX highlights our focus on African financial markets development to aid economic growth through a sustainable partnership driven model that is very different to the customer-supplier approach of our competitors. This extends our current relationship, which is providing ALTX with the exchange technology infrastructure, network and business expertise to become the most technically advanced securities market operator in Africa.”

Joseph S. Kitamirike, chief executive officer and co-founder of ALTX, added, “With the GMEX Group investment, we continue to lead the pan-African development and interconnection of Africa’s securities markets to attract global liquidity and extended market opportunities with best-in-class technology.”