Total FX market turnover at MOEX only reached RUB 14.3 trillion in January 2015, including spot trades of RUB 5.5 trillion and swap trades of RUB 8.7 trillion. This figure represents a massive decrease of 44.1% from the previous month but an 8.1% rise from January 2014’s RUB 13.2 trillion. 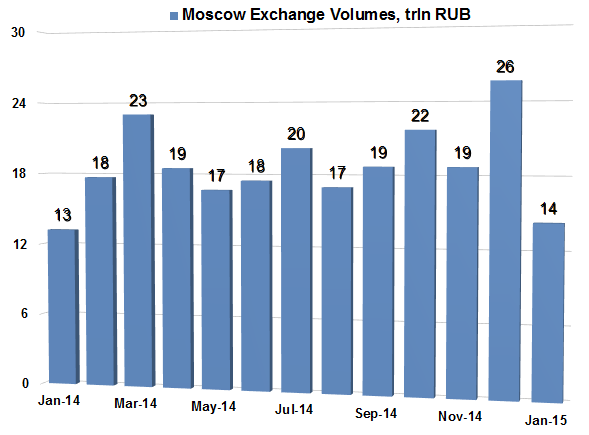 Despite this, the FX market was again the most active market in January 2015 at MOEX. Trading in stocks, derivatives and precious metals also grew compared to January 2014.

It should be noted that Russia was pretty much closed for business until the 12th of January due to the holiday season, which helps explain the massive drop from the previous month.