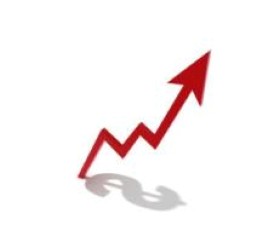 EBS, a wholesale FX electronic trading provider has reported daily trading volumes for April; the platform which is traded among banks saw an increase of 7% MoM and a 17% increase YoY. The figures highlight the impact of volatile markets which have a direct correlation with volumes; volatility came on the back of the; Cypriot bailout issue, massive 1-day drop in Gold and the on-going war on currencies driven by the BOJ.

EBS’s Spot Foreign Exchange average daily volume hit $128.3 billion. Trading volumes at the dealer to dealer portal have had a roller-coaster of a ride in 2013, data for March showed the portal dropped 19% to $120.4 billion a significant jump from February where volume hit a promising $149 billion.

EBS has been dictating new terms for trading in High Frequency markets; it initiated the change last year in the pricing structure moving to half pips and full pips in a selection of core FX pairs. In addition the provider examined the way orders are filled by; revising quote and hit fill ratio targets by creating a pair by pair policy. The changes were welcomed by users, Fred Boillereau, Global Head of FX & Commodities at HSBC said, “EBS’s focus on surveillance and enforcement is unique and a very important step in providing a platform that supports the long-term health of the FX market.”

During the doom and gloom of 2012, EBS saw its rival Reuters acquire FXall a leading ECN in the FX market space, thus creating a powerful tag team. The portal (EBS) has been making several changes to maintain its position as the leading executing venue.

The firm appointed former co-founder of Integral, Viral Tolat as their Chief Technology Officer. EBS CEO Gil Mandelzis said about the appointment, “With his unparalleled technology background and deep FX market knowledge Viral is a fantastic addition to the EBS team. His leadership will play a key role in ensuring EBS delivers on its commitment to providing EBS customers and the FX industry with innovative and cutting-edge solutions.”