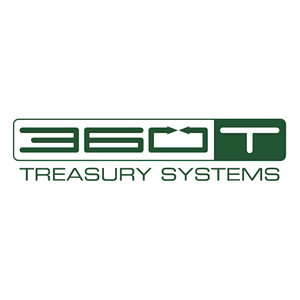 Leading foreign exchange ECN, 360T, has joined the growing list of FX venues that have applied to the US regulatory authority to operate as a Swap Execution Facility (SEF). The application comes on the back of the Dodd-Frank Act, which was set in stone by US President Barack Obama in 2010, it demands mandatory clearing for certain OTC derivatives products. Unlike, other firms who made a public announcement, 360T chose to keep the news private.

The German headquartered firm offers a multi-platform, cross asset, FX solution to banks and financial institutions, among its portfolio of instruments it offers NDF’s. Under the Dodd-Frank rulings, NDFs and FX options are to be cleared and traded on a SEF.

360T joins Integral, FXall, Reuters and ICAP EBS in the core FX segment of firms who have registered as a SEF. 360T is competing in the inter-dealer trading environment with venues such as FXall and EBS, whose average daily volumes ranges near the formidable $100 billion a day mark. The firm who connects to over 100 liquidity providers has been developing its position as a key provider of FX services and in an interview to the media earlier this year, Chief Executive, Carlo Kölzer, stated that the firm is executing between $50 and $55 billion a day.

SEFs were created under the Dodd-Frank in order to improve the regulatory landscape for OTC derivatives. SEFs will be regulated by the CFTC, and will be obliged to provide key data, for example, pre- trade information, bids and offers. 360T applied for SEF at the end of August, according to filings with the CFTC.

The Dodd-Frank Act has three elements of consideration for participants:

Upon approval as a SEF, firms who would like to trade on 360T, will be required to complete the SEF agreement. 360T explains the procedure on their website, “All entities that want to trade on 360T’s SEF are required to sign the 360T SEF Participation Agreement. This participation agreement, will create a contract with 360 Trading Networks, Inc., our SEF registered entity in the U.S. The participation agreement includes obligations of the client, representations required by the CFTC, user and clearing information and the 360T SEF Rulebook.”

In light of the Great Recession (2008 global melt down), which saw the demise of two of the world’s largest financial institutions, world governments i.e the G20, proposed a shift in market behaviour, OTC products were deemed the cause and effect, and hence the creation of SEFs.