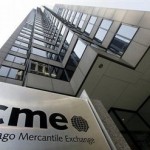 In FX trading, ADV in May was 1.031 million contracts, 11% above April’s figures, and 9% higher than the same period last year. The CME Group stated that volumes were paced by “continued strength in Japanese Yen”. Elsewhere, Metals ADV dropped 16.5% to 444,000 contracts, after setting a record for activity during April.

Share this article
Tags: futures
Got a news tip? Let Us Know