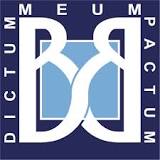 Romania’s main financial trading exchange looks set to become Europe’s newest financial powerhouse with an initiative to strengthen its trading and regulatory framework. The Bucharest Stock Exchange (BSE) released a new website that aims to position the exchange as a central point for economic growth and development. The move comes on the back of new reforms taking shape under the auspices of market veteran, Ludwik Sobolewski, the former chief of the Warsaw Stock Exchange.

The launch of the new website, which focuses on eliminating barriers and hurdles in the Romanian trading environment, delivers key information to international and domestic investors. It highlights the challenges and hurdles the exchange faces in its bid to be a strong player in the regional, domestic capital market.

Romania is strategically located on the southern eastern tip of Europe. Mr. Sobolewski, the maestro behind Warsaw’s success of a regional financial hub joined the exchange in June 2013. The reformist current CEO of the exchange, is tasked with the development of the BSE, in an interview on CNBC in November 2013 he commented, “We are implementing several reforms to make the environment more open and welcoming to overseas investors, we are removing barriers to see flows of capital entering Romania.”

A specific organization was formed in November 2013 consisting of professionals from the industry to stage the reforms, the Great Barriers Shift Task Force’s aim was to address the major structural issues the market encounters. “It is with greatest hopes that the capital market community receives the personal engagement of so many reputable experts and authorities, part of the Great Barriers Shift Task Force, in undertaking a substantial reform of the regulations and practices that at present define the pace of development of the capital market,” explained Mr. Sobolewski in a statement.

Last month, the capital markets industry organized a conference to address the barriers and issues the Task Force is identifying, with a framework to address and remove the limitations. Florin Pogonaru, Leader of the Capital Market Working Group stated in the press briefing: “We could not help noticing that the capital market in Romania is below the potential offered by the home country. We could not help noticing that the Romanian capital market, in its way of becoming a growth leverage for the national economy, needs for the barriers which stand against its development to be eliminated.

Romania has been on the positive end of recent developments in emerging and frontier markets. In 2013 the country’s benchmark stock index was up 22%, positioning it as the 15 best performing market globally, trading volumes have ramped-up over the last 4 years, passing 10 million euros in daily turnover.

Individual participation in the country’s equities market is low compared to other Eastern European nations. This is primarily due to the low financial literacy and accessibility of financial instruments to investors.

On the other hand, Romanian investors have been attracted to the popular spot FX and CFD markets, with several international brokerages having a local operation and Romanian language website, these include; XTB, Admiral Markets, Tele-Trade and GKFX, according to Forex Magnates Research.

Local regulated brokers and banks have been attracted to the margin products with a number of providers acting as introducing brokers or offering their own branded platform through a white label.

Intercapital is an introducing broker of Saxo Bank. Erste Group, one of the country’s largest banking institution, offers Saxo Bank’s platform through a branded solution.

Apart from the Bucharest Stock Exchange, Sibiu Stock Exchange (SIBEX) is the nation’s second largest exchange and focuses on derivatives.

On its website under its product section, it claims that it covers futures, options, CFDs and surprisingly binary options. Cyprus’s financial watchdog is the only European regulator that supervises binary options.