All the big four banks in Australia are down by 9% this year, but the introduction of stricter capital rules is likely to lower the price of their shares.

Many Australian stocks are undergoing the worst start to the new year as some investors dump mining giants Rio Tinto and BHP Billiton and the big four banks amidst concerns that China’s economy is weakening.

On Tuesday, the S&P/ASX200 Index soared to its eighth straight consecutive decline, lowering the benchmark to 7% since the commencement of the year and lingering close to a 2.5% low.

Although miners like Rio Tinto (RIO.AU) and (BHP.AU) have been under constant pressure since early 2011, selloffs in the stocks of the big four indicate an innumerable reversal of the fortunes of lenders that was brought about by investors who had a deep quest for high yields. From its high in March 2015, the S&P/ASX200 Index is down by a quarter. 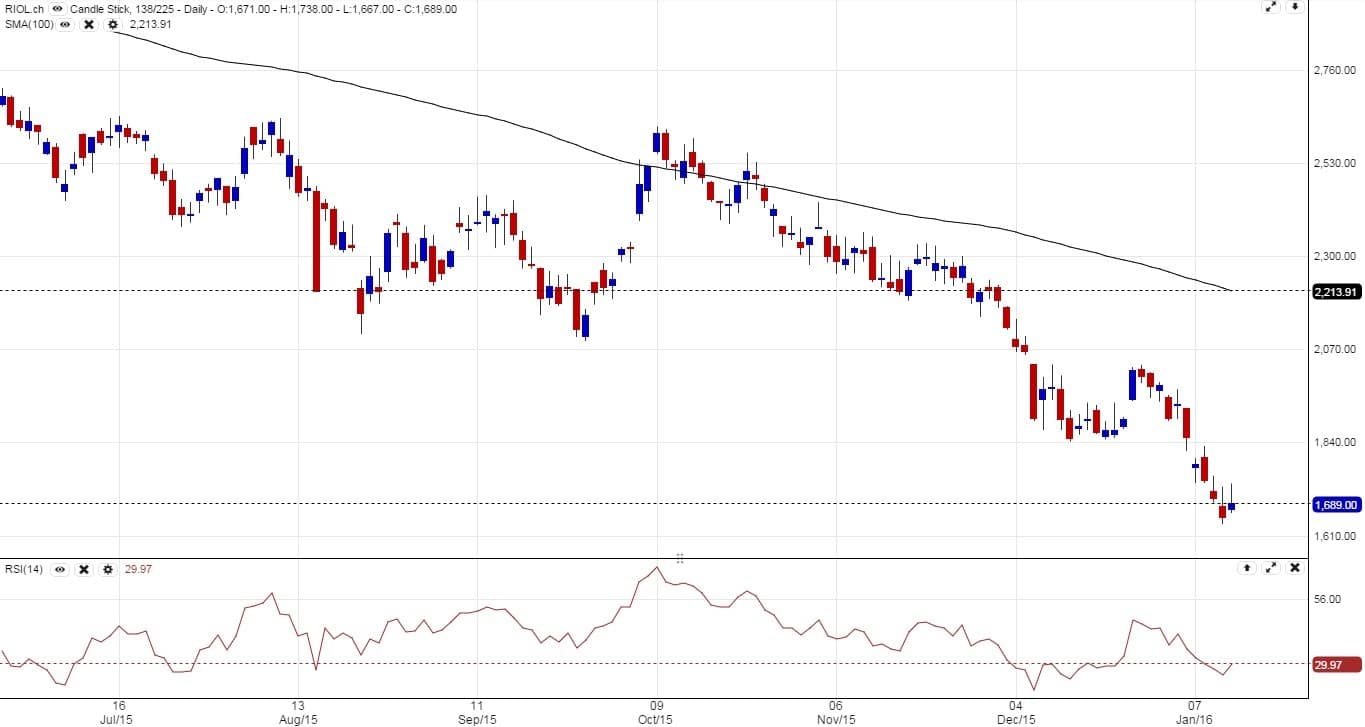 The big four which include Westpac (WBC.AU), National Australia Bank (NAB.AU), Commonwealth Bank of Australia (CBA.AU), and ANZ (ANZ.AU) make up for 30% of the total stock market in Australia.

Their 9% decline in stock trading indicates that the Australian stock market is losing. Even though the declines experienced recently have resulted in historic low valuations of 11 times compared to the big fours’ earnings of the last 12 months, the decline is expected to persist. Brian Johnson, the CSLA head of research for Australian banks, predicts more headwinds that may buffet the big four banks. 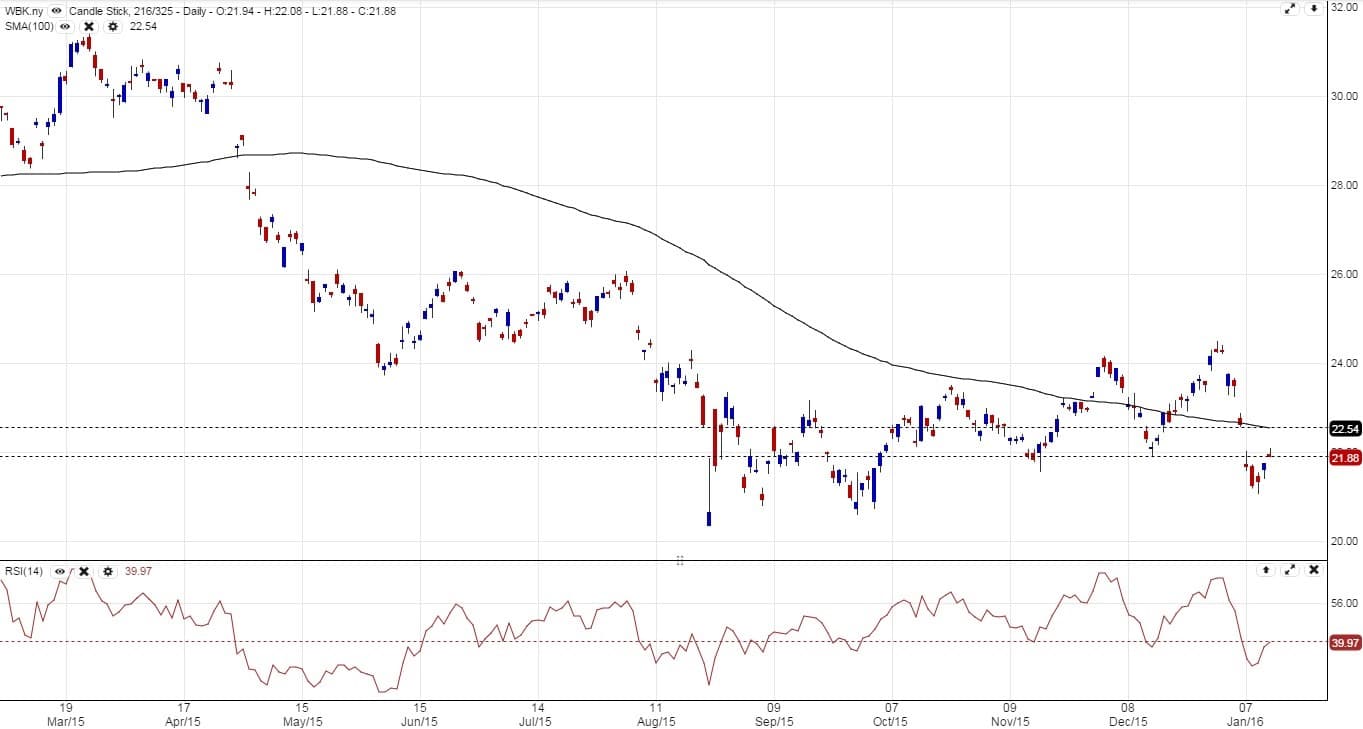 The stocks of Aussie banks were of great interest to buyers in the recent past, but they no longer remain attractive to the funds denominated in US dollars as they were initial. A stronger Australian dollar combined with the juicy 5% plus yields in dividends that was offered by Australia’s big four banks made the stocks a perfect no-brainer for the chasers of yields faced with absolute zero interest rates in the United States, but these conditions no longer hold.

The slowing Chinese economy and the raising of interest rates by the US Federal Reserve is likely to mount more pressure on the Aussie dollar. The continued weakening of the AUD which Shane Oliver, the AMP Capital economist, anticipates to slide to an all-time low of $0.60 from the current level of $0.69 by the end of the year may ultimately hasten the pace at which some foreign investors sell stocks of banks to avoid additional losses through foreign exchange transactions.

The strong trading revenues and write-backs of losses from loans, which are quite volatile, have enabled Australian banks to record higher earnings that they normally should.

CSLA’s Johnson Brian also adds that at the same time, banks in the United States that enjoy lower valuations than Australian banks and provide their investors with more reasonable yields in dividends are now in better shape and face lower risks.

There is an additional risk that all the big four Aussie banks may no longer be in a position to pay generous dividends. Johnson Brian, who expects a 10% decline in the big four’s sustainable payout ratios, says that the sustainable dividend payout ratios for banks are not linear, hence, the sustainable payout rate would fall should capital intensity rise and earnings fall. The analyst, who has a scrawny rating in this sector, adds that Australian banks have never faced a challenge in the growth of earnings.

The strong trading revenues and write-backs of losses from loans, which are quite volatile, have enabled Australian banks to record higher earnings that they normally should. Johnson says that Westpac, for instance, could have recorded a total of 23 basis points associated with losses from loans instead of 13 basis points without the inclusion of write-backs in 2015. The difference is a pointer to the fact the bank’s earnings were 8% higher.

Despite that, the nonrecurring nature of write-backs means that losses will eventually have to rise thus dealing a massive blow to the profits. Meanwhile, the fears of a bubble in housing and weaker Chinese manufacturing capacity on the demand commodities such as iron ore may dwindle the earnings of Australian bank earnings.

Should the Australian national regulators raise the capital ratio requirement to 10.5%, Australian banks may face a capital shortfall of AUD31 billion. Regulatory reforms apart from the inevitable drag on the share prices should additional capital be raised could constrain the lending volumes and immensely squeeze the interest rate margins should they target funding and liquidity. 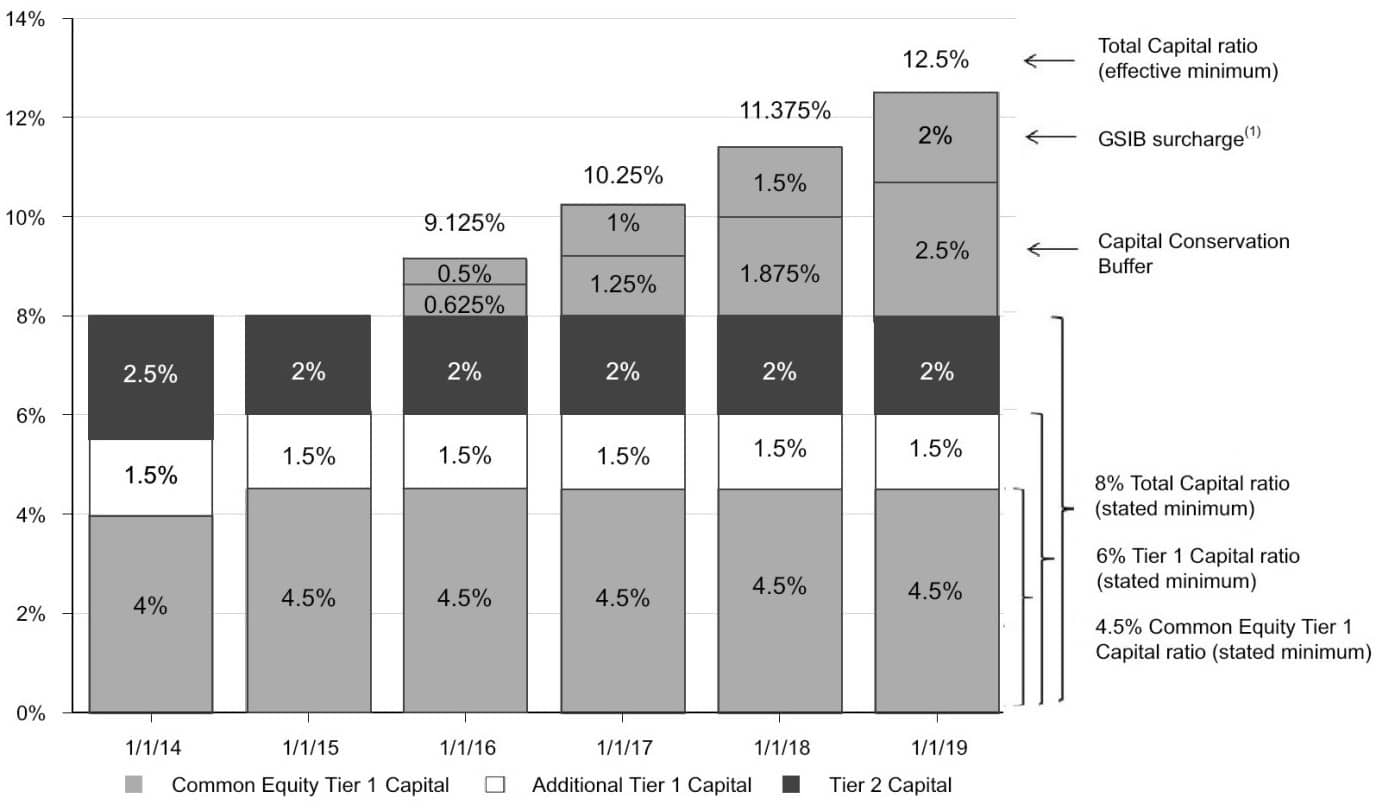