Shares of Japanese financial technology solution provider are soaring after management announced a tender offer from SCK Holdings. Under terms of the deal, Simplex management, which holds a controlling stake in the company will be implementing a ‘management buyout offer’ (MBO) and subsequent sale to SCK Holdings. Following the sale, Simplex President Hideki Kaneko current , Simplex Vice President Mitsuru Igarashi, and Simplex Consulting COO Keigo Fukuyama, who are the third, fourth, and fifth largest Simplex Holdings shareholders will invest in SCK Holdings. Following news of the tender offer, shares of Simplex Holdings are trading at ¥44,800 ($472), 44% above their closing price last week. The firm now has a market cap of over ¥26.4 billion ($278 million).  The tender offer is for ¥45,000.

Despite its ‘Holding’ name, Simplex Holding is a technology company focused on the Japanese financial industry. The firm provides solutions and consulting services geared towards institutional clients, end-user retail traders, and exchanges. Among its businesses, its retail FX services, Simplex FX has become the largest revenue producer of the company. Simplex FX providers retail brokers with branded, proprietary trading platform solutions, using a commission based volume revenue model. According to Simplex, the firm adds value to broker clients by providing them IT solutions and algorithms to handle their FX order flow and increase profits.  In terms of ‘Western’ counterparts, Simplex is similar to firms like Devexperts, as they provide brokers with end to end solutions for their businesses, but also offers greater customization and proprietary products and branding for its customers.  However, they contrast slightly, as they also engage in licensing deals for their technology. 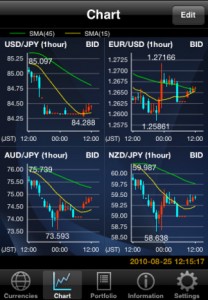 SCK Holding is a 50/50 partnership between CJP SPX Holdings and KARITA & Company Micronesia Inc (K&C). CJP SPX Holding is an investment fund that was established by global private equity firm, Carlyle Group, and was created to implement buyouts in Japan. K&C is a buyout fund management company established in May 2007. According to K&C, they “assist companies whose need include brand revitalization, business reorganization and business succession.”

In its tender offer to shareholders, Simplex management explained that despite gains in volumes in the FX market, the sector has become oversaturated, which has led to margin pressures, and brokers are implementing “low-price strategies”. This has decreased revenues in the overall industry and led to Simplex clients having to reduce expenditures, while some have exited completely. As a result, gross margins at Simplex had decreased steadily since 2011, from 39.4% at year ended March, 2011, to a recent 32.3%.

Management added that following several difficult years, the firm has been in negotiations with consultants on methods to increase and diversify the company’s revenues. As a result of discussions with K&C, Simplex management concluded that a MBO and subsequent takeover would help them reach their goals of achieving “sustainable growth”. One of the main targets for Simplex in the future is increasing transaction based revenues from its Simplex FX division. According to Simplex, they plan on doing this by “actively involving itself in the creation of additional revenue by the clients and strengthening the business model based on revenue linked charging methods.” They added that they are targeting a 50% market share goal of FX volumes being transacted on their platforms by 2016.