Depending on how virtual reality (VR) is defined, its history started a long time ago. Most observers of the scene agree that VR in the sense that we understand it today began to emerge sometime in the 1950s. However some elements of it can be found much earlier in history.

Already at the beginning of the last century, playwright Antonin Artaud was considering illusion and reality to be one and the same. In 1938 in a collection of essays, “Le Théâtre et son double”, he considered characters and objects in the theatre as “la réalité virtuelle” . Just a few years earlier, in 1935, Stanley G. Weinbaum in his short story “Pygmalion’s Spectacles” described a goggle-based virtual reality system that displayed a holographic recording of fictional experiences.

More than 80 years later, two large FX brokers have introduced their own VR applications for trading. Japanese GMO Click Securities launched its product ‘GMO-FX VR Trade’ on the 31st of January 2017. Shortly after, on the 3rd of February, Swissquote Bank introduced its own solution. In both cases the trader is provided with access to a ‘virtual room’ and the ability to view it in 360 degrees. Is this how trading rooms will evolve?

VR in the financial industry is still a new phenomenon. But so was mobile trading 10 years ago, and for some brokers today it is as important a platform as traditional desktop applications.

It is simply too early to call. So when will we know if it has succeeded? The answer to this question is not only in the hands of the financial industry. 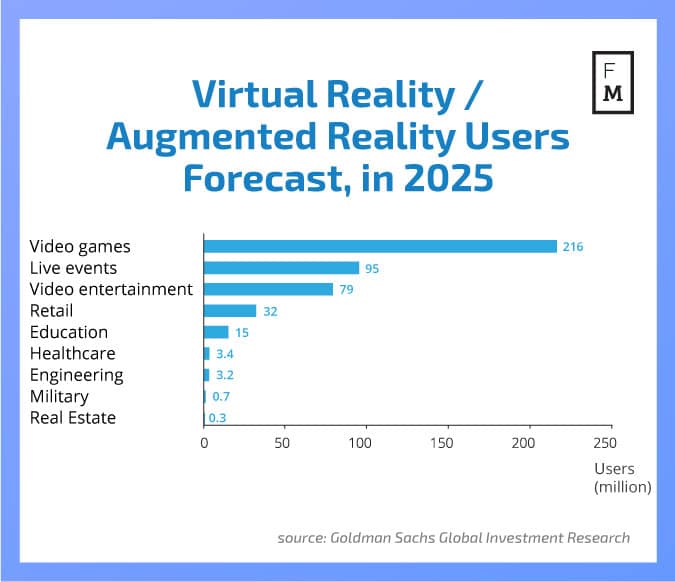 To learn more about VR trading and other hot topics, get the new Intelligence Report: