The UK’s main financial watchdog, the FCA, has issued a fine against Bank of Beirut for $3.2 million. The Lebanese origin bank is believe 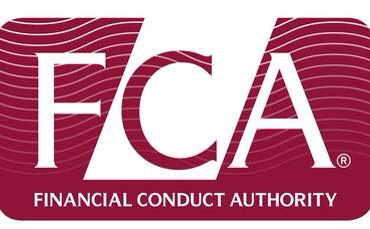 d to have dealt with the regulator in an un-transparent manner.

The FCA issued the penalty along with restrictions on the bank’s dealings with clients from high-risk jurisdictions for a 126 day period. Furthermore, two senior approved persons also faced monetary fines.

Details in the official notification outlined the main issues, the bank repeatedly provided the regulator with misleading information after it was required to address concerns regarding its financial crime systems and controls.

Georgina Philippou, Acting Director of Enforcement and Market Oversight, commented in a statement: “It is essential to consumer protection, market integrity and the prevention of financial crime that we can rely on firms giving us the right information at the right time. Bank of Beirut’s failings impeded us and left it open to the risk that it might be used for financial crime.”

The two executives also facing penalties, include Anthony Wills, the former compliance officer and Michael Allin, the internal auditor. The two were fined $29,800 and $14,000, respectively. The notification added that Wills and Allin had failed to deal with the regulator in an open and cooperative way when responding to queries about the actions taken to mitigate financial crime risk.

Ms. Philippou added: “Equally worrying was the fact that Wills and Allin provided a number of misleading communications to us, which is a serious breach of their responsibilities as approved persons. We are reliant on compliance officers and internal audit to act as a first line of defence, to support effective regulation at firms and to show backbone even when challenged by their colleagues.”

The UK financial services environment operates under a notion of self-regulation. The practise allows firms to act responsibly and in a transparent manner with ownership on compliance of regulatory principles, however the concept was misused by individuals at the bank who ignored their duty and mislead the FCA.

The FCA previously visited the firm five years ago, and during that visit identified certain areas that required additional input. The FCA’s note stated: “Concerns about the culture within Bank of Beirut became apparent following supervisory visits to the firm in 2010 and 2011. In particular, the regulator believed too little consideration was being given to the risk that the firm be used for financial crime. Bank of Beirut was required to take a number of actions to address these concerns.”

The latest case highlights the revised role of the FCA since taking over from its predecessor, its pro-active approach is highly receptive among participants, bringing a new layer of credibility to the London market.