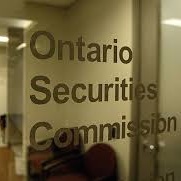 The Ontario Securities Commission (OSC) has proposed a series of changes that if passed, will overtly change fee structures based on current market conditions in Canada for dealers and fund managers.

The OSC notably made headlines back in July when they slapped UFXmarkets with a warning, cautioning investors against the risks it imposed. According to the new proposed mandate by the OSC however, the fee rules would now be altered for market participants, namely dealers and fund managers, which would force them to use their most recent financial year, as opposed to using a base reference year.

According to a recent statement released by the commission, “The main advantage to this model for market participants is that fees will track more closely to their current fiscal situation, with fees rising or falling based on changes in their respective business conditions or performance.”

Unfortunately, there are two sides to every coin and the acute downside to this approach could underpin the predictability of the OSC’s revenues. The OSC had previously introduced the reference-based fee structure in 2013 with the aim of helping improve revenue predictability. These latest changes indeed represent a departure from this rationale and a reversion back to earlier structures.

The downside of this approach is that it may reduce the predictability of the OSC’s revenues. Indeed, the OSC only introduced a fee model that utilizes a reference year in 2013, for the very reason of improving revenue predictability and better matching its revenues to costs. Now, it’s proposing to revert back to the old way of calculating fees, in response to complaints from the industry, and citing progress towards the new cooperative regulator.

“The proposed rules carefully considered comments from our stakeholders as well as our funding needs. As a result, the proposed amendments establish a new model that better reflects current market activity and is less complex to administer,” added Maureen Jensen, Executive Director and Chief Administrative Officer of the OSC, in an accompanying statement.

Share this article
Tags: osc / regulation
Got a news tip? Let Us Know