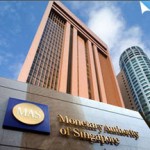 Following the positive discussion between China and Singapore regarding the Renminbi Qualified Foreign Institutional Investor (RNQFII) program that will enable firms to offer RMB investment products and investor into China’s stock markets, the Monetary Authority of Singapore (MAS) has today opened its doors to RNQFII license applications.

As announced previously, Singapore was allocated an aggregate quota of RMB50 billion under China’s RQFII programme. The introduction of the RQFII scheme in Singapore is expected to play a key role in developing a vibrant RMB eco-system there, as noted in the press release. The program is expected to spark the creation of a wider range of RMB products and services to meet investment needs. This follows a similar deal struck with the United Kingdom, for the China-based program.

While the licensing will be via China’s regulator, eligible firms must first complete a form with MAS to get “confirmed” as CSRC will need the confirmation first from MAS on the eligible entities that could qualify under the programme. This includes MAS providing a 3-year regulatory history for each firm to CSRC, as part of the process.

In addition, the announcement described how Singapore-incorporate financial institutions that are approved by MAS to conduct fund management may apply for licenses, including registered and licensed fund management companies, as well as banks and insurance companies which are exempt from the requirement to hold a Capital Markets Services Licence under Section 99 (1)(a), (b), (c) and (d).

According to the link on the Chinese Regulator’s website, the CSRC-approved custodian banks in China that Singapore-domiciled MAS members can apply include:

The deal is expected to have positive benefits, according to the outlook of the MAS, and follows widespread attention that China’s currency (both on-shore and off-shore) has had in the last year, as its monetary policy shifts and the RMB gains in its FX market share and allure of investors and speculators.