McElhannon Group, a regulated FX managed accounts provider, has been suspended from operating due to lack of cooperation with the regulator during an investigation into the firm. The National Futures Association has issued a formal notice to the Texas-based firm  prohibiting it from dealing in regulated activities and disbursing its existing client funds. The preempted move signifies the importance the regulator holds for forex related fraud.

The US watchdog announced that it took emergency enforcement action against McElhannon Group, an authorized provider and its principal, Philip Worley. The NFA was forced to react to protect the public as it found McElhannon to be uncooperative during an examination of its products and services. The basis of the investigation was a complaint from a domestic authority to the NFA citing McElhannon’s lucrative performance.

The NFA reported that it had taken necessary action against the two alleged fraudsters. The watchdog issued the Member Action (MRA) and Associate Responsibility Action (ARA) to protect customers of McElhannon and Worley since McElhannon and Worley had failed to cooperate with NFA throughout its examination of the firm.

Details in the notification state that the NFA received a complaint forwarded to it by the Texas State Securities Board explaining that Worley and McElhannon were using misleading and deceptive promotional materials. McElhannon’s promotional material claimed a rate of return of 457% over a 13-year period for its forex managed account program. Because Worley and McElhannon failed to cooperate with NFA throughout its attempted investigation of the firm, NFA was unable to determine whether the firm was in compliance with NFA requirements. Specifically, NFA has serious doubts regarding the authenticity of the returns featured in McElhannon’s promotional material.

During the watchdog’s investigation, it requested from Phillip Worley, by phone and email, to make himself available, however Worley repeatedly said he was unavailable.

The NFA ‘a main concern is the high returns the firm claims to give without justifying the ROU. Notably, the NFA states that the emphatic returns are in fact hypothetical, however the disclaimer failed to identify the figures in this manner.

The latest case shows a proactive approach taken by the regulator. Authorities in developed markets are actively reviewing potential fraud that can impact investors, taking steps similar to those of the NFA or issuing warnings against perpetrators. 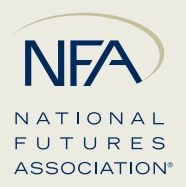 Share this article
Tags: NFA / regulation
Got a news tip? Let Us Know

About time this clown got what was coming to him, shame its taken so long.