Finding a practical and sustainable means of entering the Chinese market, is a subject of much debate within the boardrooms of Western FX firms, and yet in spite of the enormous potential, it remains isolated due to the strict communist government’s adversity to foreign companies conducting business from within China and prohibitive restrictions imposed.

Today, China’s national FX regulatory body, the State Administration of Foreign Exchange (‘SAFE’), has made a further step toward setting in place guidelines to simplify regulations on foreign exchange management, to create a more convenient investment environment for foreign investors, by selecting Deutsche Bank as a qualified bank to provide foreign currency cross-border pooling, centralized payments and collections, as well as netting services to clients participating in the Foreign Currency Centralized Management Pilot, being carried out by SAFE.

Concurrent with today’s selection by SAFE of Deutsche Bank, a series of large conglomerates are also participating in the pilot, some of which are Chinese companies but, also among them a number of Western firms. 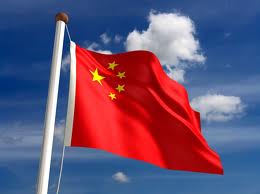 Firms which are involved in various industry sectors, including multinational giants such as Siemens, Alibaba, Huawei and ZTE are to participate in the pilot, which intends to enable select companies to perform such cross-border transactions. This representing a very poignant step by the Chinese authorities, whom until now have ensured that a strict policy of not being able to transfer funds outside of China, in order to do business with the corporations of free market economies, and also to prevent joint ventures or business interests in non-Chinese companies.

The SAFE pilot in this case is to take place in Beijing, and is intended to enable corporates to better manage their liquidity, by allowing them to move their foreign currency from their onshore to their offshore liquidity pool, through designated intracompany accounts within a pre-determined quota. The pilot also allows for netting of intracompany transfers related to cross-border trade of goods.

As China’s communist government has thus far ruled its business community with an iron fist, containing it within the mainland, and demonstrating hostility toward firms or individuals attempting to do business in the nation from outside of China, this represents a controversial and progressive step. According to SAFE, a total of 24 clauses of forex regulation will be abolished, potentially good news for FX market participants in their quest to enter China.

Although, aimed at easing the exchange rules for influx of foreign investment, Chinese traders could leverage this to facilitate easier methods of trading with foreign brokers.

One of Deutsche Bank’s top tier clients, Datang Telecom Technology & Industry Group , has been approved to participate in the pilot, with its subsidiary Datang Telecom Group Finance Co. Ltd centrally managing the pilot program for the group. Headquartered in Beijing, Datang Telecom is a state-owned enterprise specialising in information communication technology.

Its products and services portfolio ranges from wireless mobile telecommunications, integrated circuit design and manufacturing, to information security. From September 2013, Deutsche Bank will provide Datang Telecom with cash management services allowed under the pilot, thereby helping the company to increase the capital efficiency of its participating entities.

Yinqiang Wu, General Manager of Datang Telecom Group Finance Co. Ltd, made a public statement regarding the FX cross-border pilot in Beijing: “SAFE Beijing’s Foreign Currency Centralized Management Pilot will be very beneficial to us from a liquidity management perspective. For example, by being able to use the cash pooling technique, we will be able to optimize our foreign currency treasury management, which in turn can also help us to reduce the cost of capital.”

Feng Gao, President and Chief Country Officer of Deutsche Bank China, further stated: “We are proud to participate in this pilot, and we remain deeply committed to delivering new value-added services to our clients in China.”

“Being able to offer cross-border cash pooling services can help our clients significantly enhance the efficiency of their global cash management structure.”

Carl Wegner, Greater China Head of Global Transaction Banking at Deutsche Bank, added: “With our state-of-the-art technology, we are uniquely positioned to easily run this type of pilot on our global cash management infrastructure.”

“With SAFE Beijing’s Foreign Currency Centralized Management Pilot, we have the ability to provide comprehensive reporting to manage the quotas involved, which is a key benefit for our clients. We look forward to assisting more corporates with their cash management needs in China” concluded Mr. Wegner.

A Pathway Toward Financial Liberalization?

Last year, SAFE authorized the first batch of companies to participate in the pilot, however, Shanghai’s authorities suspended further approvals in the lead up to the formation of the new free trade zone, which is intended to provide a degree of financial liberalization in facilitating easier conversion of renminbi, and relaxation of the currently very strict capital and current account controls.

If  SAFE approves further free trade zones, such as the proposed new one at Pudong, market participants will be able to utilize this as a means of establishing actual offices in China’s mainland, across various regions and therefore, become less reliant on representative offices and free from the concern of inadvertent law transgression, or difficulties in transferring client funds into broker accounts overseas.

Furthermore, an equally beneficial outcome could arise as this framework may provide a very straightforward means for Chinese investors to divest their money from China – as happened in the former Soviet Union, following the collapse of its own socialist regime.

For a detailed insight into entering the Chinese market, the Forex Magnates Country Report on China is available here.

So how have existing firms, like FxOpen NZ, been able to solicit chinese resident traders? How could they deposit funds and make withdrawals?