On Friday, the nation’s regulatory authority published that the official foreign currency reserve assets of Hong Kong amounted to US$303.5 billion as of the end of June 2013, compared with US$305.7 billion at the end of the previous month.

The total reserve assets represent over seven times the currency in circulation, or alternatively approximately 51% of Hong Kong dollar M3, M3 being a measurement used in the jurisdiction to monitor monetary supply.

Three of these releases are issued to disseminate monetary data in accordance with the International Monetary Fund’s Special Data Dissemination Standard (SDDS).

The fourth press release, on the Exchange Fund’s Abridged Balance Sheet and Currency Board Account, is made in accordance with the HKMA’s policy of maintaining a high level of transparency. 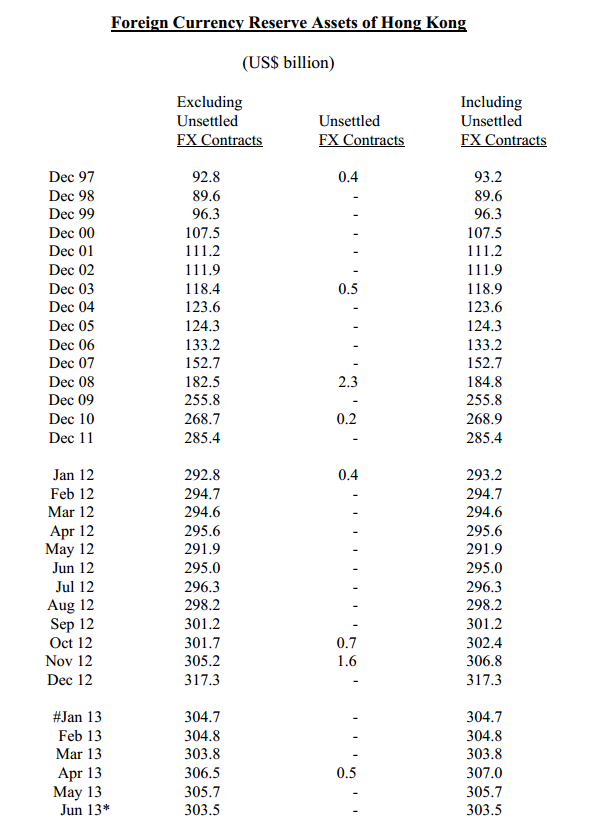