The Danish Financial Supervisory Authority (FSA) has concluded an inspection at Saxo Bank which took place during the course of April and May 2013 and confirmed that the firm has operated within the remit of the requirements set out by the regulator.

This particular investigation was instigated by the Danish FSA in order to ascertain the company’s initiatives following a drop in earnings since the last inspection in 2011.

The monitoring concluded with no action required by Saxo Bank, as the Danish regulator was satisfied that the firm is adhering to its responsibilities with regard to the laws set out by the Danish FSA.

According to a public statement by the Danish FSA, no transgressions or infringements were found during the regulatory scrutinization of Saxo Bank during April and May this year. The FSA confirmed this by stating in its new report that there are no orders, risk concerns or changes in estimates of Saxo’s solvency requirementsb.

In addition, the FSA has reviewed Saxo Bank’s methodology relating to the checks and balances which it performs on its overseas operations.

Such an investigation was instigated as a response to a previous FSA inspection in 2011, subsequent to which the regulator pointed out that the bank’s presence in a significant number of countries combined with the bank’s acquisition of new business areas placed increasing demands on the Bank’s internal controls, including the control and oversight of the bank’s foreign operations.

Saxo Bank’s core business, according to the FSA, is the online trading and its client base primarily invests in financial instruments, particularly instruments based on currency.

The Bank offers its services globally and is represented in a number of countries in Europe, Asia, Africa, South America and Australia and solicits clients from these territories.

Back in 2012, after several years of earnings growth, the company experienced a significant decline in earnings due to lower volatility in the financial markets, and especially the foreign exchange market.

This was a general trend across the industry during 2012, and in Saxo Bank’s case, a management decision was made in the latter part of the year to revert back to its core business in order to focus on its core competencies in online trade and investment.

Saxo Bank indeed continues to maintain a presence abroad, but has made a corporate decision not to establish new local business units at the same rate as it has done until now.

During the previous inspection in 2011, the company received a warning from the FSA that its presence within a significant number of countries and the continued high rate of expansion which included the acquisition of new business interests constituted a particular strategic risk for the bank.

In line with the company’s decision to continue to focus on its core activities and suspend further expansion, Saxo Bank has moved away from its asset management activities, and is also in the process of divesting from Saxo Properties.

The results of this recent inspection detailed that the adaptation of the organization’s business model toward the end of 2012 has not affected the bank’s internal controls.

During the previous inspection in 2011 the FSA warned that there was a significant potential risk to positions assumed by the bank with regard to currency trades. The bank has since confirmed to the regulator that it has amended the procedure in which it handles currency trades on behalf of its clients, therefore presenting less risk, while at the same time achieving more stable earnings from currency trading. 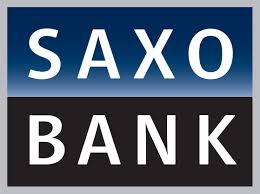 According to the conclusions, the FSA has estimated the Group’s solvency at 9.9 percent during Q1 of 2013 compared to an actual solvency of 13.6 percent which gives the Bank a manageable margin of 3.7 percent.

The inspection has not resulted in any change in the FSA’s assessment of the Group’s capital adequacy requirements.

It seems to me that the Danish FSA were wasting their time and efforts. There is nothing to be found @ Saxo Bank all is CRYSTAL CLEAR. I worked there and I know the people who manage the bank and the system there.