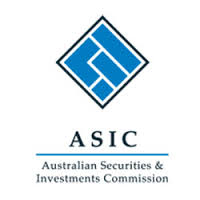 In a world where recent tumultuous events are likely to put increased regulatory scrutiny on the foreign exchange industry, the conclusion of a recent investigation by the Australian Securities and Investments Commission (ASIC) is likely to reinvigorate the debate. The Australian regulator has announced that it canceled the license of foreign exchange broker Enfinium.

The main issue with ASIC’s announcement is… the broker ceased operating back in 2013 and this regulatory action is hardly effective, nor is it protecting any clients retroactively.

Use of “Virtual Dealer”

In its announcement, the Australian regulator highlighted that the firm has been suspect of using a “virtual dealer” plug-in in its MT4 offering. The tool unscrupulously used by many companies mainly in the binary options industry has been designed in principal to combat latency issues providing traders with arbitrage opportunities.

However, when used inappropriately it can introduce a trade execution delay between 1 and 10 seconds resulting in re-quotes and possible slippage for the trader trying to open a position. In the cases when a broker misuses the functionality, the plug-in only works if the price of the asset in question moves against the direction of the trade of the client, resulting in an unfavorable advantage for market making brokers.

According to an investigation conducted by ASIC, between 2010 and 2013 the Virtual Dealer plug-in settings had been changed 271 times. At the time, Enfinium kept no adequate records of the changes made. The announcement by the regulator details that a number of Enfinium employees had “manager” access with special rights for administering the MT4 platform.

The access granted to these employees of the broker included editing and deleting clients’ open positions, which has been classified by ASIC as “dangerous.” The regulator states that the company did not maintain any records of the use of the “virtual dealer” plug-in and did not monitor the use of the tool internally.

In addition Enfinium’s employees who had access to the tool were never trained, while the order management functionality and the virtual dealer settings changes were never identified by the broker as potential risks.

The license of Enfinium was cancelled due to the company ceasing to provide financial services in Australia, with the firm appointing administrators on 1 October 2014 and being wound up by creditors on 6 November 2014.

Back in 2010, Enfinium bought Vantage FX, with the combined entities being bought by Hong Kong-based AIP Global in 2012 along with Go Markets. After a period of operating as individual brands but sharing common resources such as the FX Copy social trading network, Go Markets was sold off in 2013.

Since then, the Enfinium brand ceased to operate, with VantageFX remaining as the only one functioning.

ASIC Commissioner Greg Tanzer said in the regulator’s announcement, “Margin foreign exchange businesses that utilise the Meta Trader trading platform and use the Virtual Dealer plug in, need to ensure they have robust risk management systems. These systems must ensure the client is not disadvantaged to the benefit of the broker. Any tool that has the potential to advantage a broker needs to be carefully managed.”

This really strengthens my trust in ASIC. 🙂 Not.
I think they should investigate Synergy FX, I wonder how is it possible that RevTraderPro can show obvious fake statements on Myfxbook using Synergy as their broker. Are they in on the scam or what is really going on ? That would be something worth looking into.

Use of “Virtual Dealer”

In its announcement, the Australian regulator highlighted that the firm has been suspect of using a “virtual dealer” plug-in in its MT4 offering.

can you say pc. of crap scumbag broker. do these guys know fxcm……………:)

ASIC should also investigate MXT, Synergy, FXTG, FXCT and IC Markets. But to do that they should first hire or contract with people who knows this business.