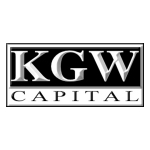 A U.S. District Judge has issued charges against Kevin White for his involvement in financial markets wrongdoings. Kevin White, proprietor of Revelation Forex Fund, was found guilty of committing fraud in the Eastern District of Texas. Courts came to a decision on the 18th of February and sentenced the Texas man to a 97 month jail term in a federal prison.

Complaints were submitted to authorities in 2013 against White, his firm KGW Capital Management and the Revolution Forex Fund, on the basis of misrepresentation and misinformation presented to investors. Mr White is believed to have claimed profit of 393% since the fund was launched in 2009.

Details in official court filings show that Mr. White operated the Revelation Forex Fund alongside his asset management firm in 1992 with an office in Plano. A SEC litigation document form 2013 states that White was barred from regulated activities in 1992.

In addition, investigations found White’s KGW Capital Management had solicited $7.1 million from 20 US investors, however the fund had accrued losses of $550,000 and $1.3 million had been used for personal expenses.

KGW and Kevin White were vocal about the firm’s fund performance, in June 2013 the firm issued a press release that reported that the fund had earned 6.27% returns in the first quarter of 2013. White also added a comment commending the fund’s performance.

Regulators in the United States have been actively combating fraudulent activity, with a particular focus on currency and commodity fraud. The CFTC’s website provides guidelines to investors when assessing investment products.