ABOUT THE AUTHOR: Matthew has been a trader for more than 20 years running FX desks at major banks and retail brokers. He recently started Global Forex Pros as a service for brokers to offer their clients, teaching them to trade in real time as professional traders learn at banks and institutions, giving the retail trader the confidence to trade and increasing volumes for the broker.

With the dollar making news highs this week against the EUR, GBP, SEK and JPY, it’s no surprise to see the dollar index break the touted 100 level yesterday. But is that it for the greenback?

The US dollar index, for those not in the know, is an index of the value of the US dollar against a basket of 6 foreign currencies. They are not split evenly but are a weighted geometric mean as follows:

We can see that euro influences more than all the other currency pairs put together, but having broken the psychological important level of 100, the dollar index paused trading as low at 98.65 in the European afternoon even with the GBP/USD making fresh new lows. The EUR/USD halted its 10 day sell off and rebounded, as expected, putting in place a possible medium- term bottom for a multi-week retracement. But the press and headlines were full of the burning issue of how much further the EUR/USD will sell off. 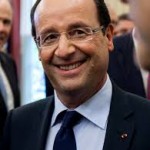 next week and even the French President Hollande welcomed the idea saying on a recent visit, “It makes things nice and clear , one euro equals one dollar.” All this talk in the press raises alarms for us , with talk of parity and the recent sell off in the euro being attributed to the strong Non-Farm Payrolls numbers and the launch on Monday of the ECBs quantitative easing programme, we believe that all this news is already priced in and we see a retracement in this dollar not far away.

There is repeated talk and news about interest rate policy divergence with the Federal Reserve expected to raise rates soon and the ECB only just starting its QE programme. On a purely technical basis there is a strong argument that a top in this dollar maybe in place and the old adage of ‘Buy the rumour sell the fact’ seems to be growing in strength.

With the US currency rising in part on the prospect of higher interest rates and stronger growth, there are increasing comments from US companies that the recent dollar surge is effecting earnings, and with two out of three big US exporters (we classify those as companies with at least one-fourth of their total sales overseas) expressing worries on the appreciation of the dollar this has had a negative impact on their businesses.

With almost 25% of big exporters stating that they have reduced their capital spending plans as a result, we even saw the White House comment that it was on their radar.
These recent dollar moves come as the Fed prepares for its policy meeting next week and the market is looking for them to lay the groundwork for a rate rise as soon as June, by dropping a pledge to be “PATIENT” before lifting rates. Gary Cohn the president of Goldman Sachs said this week that foreign exchange moves were putting the Fed in “a very tough position.”

There is a school of thought that when we start to see the press and economists all go in the same direction, it is often the sign that the trend may have ended. Many economists now expect the euro to continue to fall against the dollar, compared with a December poll in the financial times that had only one out of 32 respondents say they were looking for parity in 2015. So have we seen the high in the dollar index, at least in the short term?

Yesterday there was talk that a famous NY think tank report, released ahead of next weeks Fed meeting, suggested that although it is likely that the Fed will remove (patient) from its rhetoric , it will offer reassurance that its intention will be gradual tightening from around the middle of the year. This will disappoint a lot of traders out there with some looking for a rate rise in April. We believe that this slow tightening is already priced into the dollar and the recent move is simply exaggerated price action (often seen at the end of a trend) following the NFP data.
The next few days will be decisive for the dollar with a move in EUR/USD above 1.0700, confirming that for the moment the dollar will struggle to make new gains. Yesterday’s impulsive sell off is the first step in signalling a top is in place. The turn is not a surprise. If we look at the Dollar Index chart below we can see that it has reached a long-term objective following a terminal thrust out of the triangle. This has seen a dramatic increase in talk about the greenback and waves red flag that the rally from May 2014 may have matured.