Photo: Bloomberg, OANDA's commitment to offer raw spreads to US clients might pay off well
Share this article

April was rather disappointing for the American retail FX trading industry, as shown by the recently released monthly report by the Commodity Futures Trading Commission’s (CFTC). According to the latest data filed by US Futures Commission Merchants (FCMs) and Retail Foreign Exchange Dealers (RFEDs), firms’ retail forex funds suffered a decline in April 2016.

For the month ending April, total retail FX obligation went down by 3.4% MoM from March 2016. Moreover, except for FXCM each and every broker has reported a decrease in the amounts of FX funds they held over the period. As can be seen from the chart, the worse performance was by GAIN Capital whose retail FX funds crashed about 8.2% in April 2015 month-over-month. 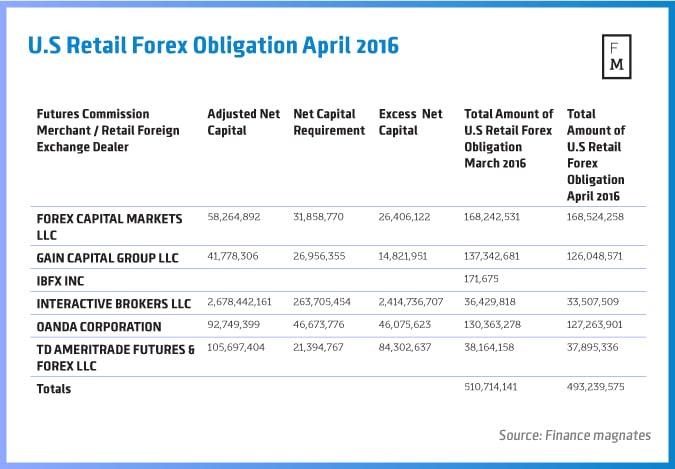 The most important change in the report compared with previous months is the deletion of IBFX from the FCMs list. A few months ago the NFA ordered the RFED subsidiary of TradeStation, IBFX, to withdraw from its membership with the regulator. TradeStation, which itself is owned by Japanese Monex Group has sold its retail foreign exchange accounts in the U.S. to OANDA. OANDA gained about $35 million in client funds, gaining 37.5 per cent to a total of 94.8 million in retail forex obligations in March. 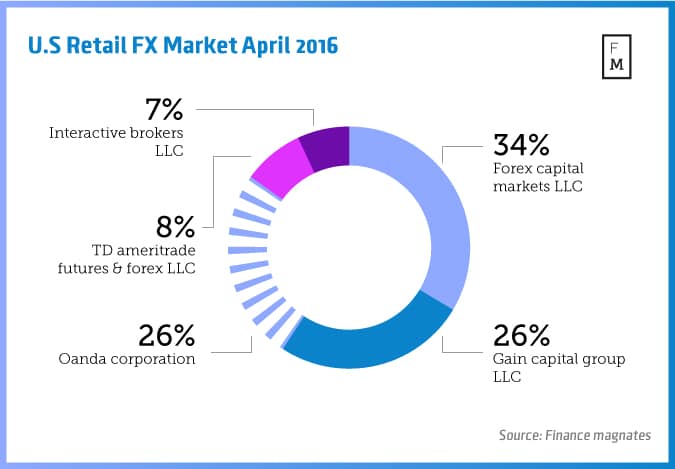