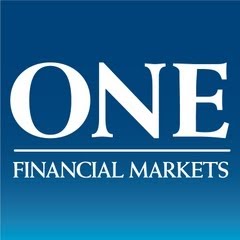 Leading FX and CFD brokerage firm One Financial Markets reports that it will be establishing a new office in the commercial capital of Saudi Arabia, Jeddah. The UK-regulated broker enhances its position in the region through the new set-up. The move highlights the importance of Saudi Arabia as a viable location for derivatives trading.

Saudi Arabia, the largest economy and most populous nation in the GCC, has been slow to embrace derivatives trading as compared to its peers such as Kuwait and the UAE. However, with a large retail investor base that participates in the local bourse, the Saudi Arabian FX broking market is set to be one of the fastest growing in the region.

One Financial Markets Director Andrew Henderson commented in a statement:  “Saudi Arabia is a key market for One Financial Markets and we are excited to be opening in Jeddah.  It’s been a project that we have been considering for a while now, and with our presence in Dubai, Abu Dhabi and London, we felt that Jeddah was the next step.

“The offices across the Middle East will all operate under the management of our London headquarters and reflect the heritage of the One Financial Group as a true Anglo/Arab corporation.”

The Jeddah office becomes the third operation One Financial has in the region. In the press release, the firm stated that it has has plans to further strengthen its operations there. One Financial Markets will be announcing additional office openings over the next six months.

The GCC region relies on global energy markets for its economy, the latest downturn in the benchmark international oil price is expected to impact the domestic economies of oil exporting economies. Saudi Arabia saw Q4 GDP figures drop as the post-summer decline in oil prices impacted key OPEC countries. The country reported that its gross domestic product, adjusted for inflation, expanded 2 percent from a year earlier last quarter, down from 2.4 percent in the third quarter and 4.9 percent in the final quarter of 2013. For all of 2014, GDP grew 3.6 percent.

Analysts believe that the kingdom can withstand the pressure, Aman Kaur, an Amritsar-based trader, explained to Forex Magnates: “Saudi Arabia’s cost of oil production is below $10, therefore talk of a $20 per barrel is not expected to have a direct impact on the Saudi Arabian market.”

erm…what type of license @Adil given the regulatory landscape?

Must be marketing or training center license .. something under the table same as the rest of the brokers in Saudi ..