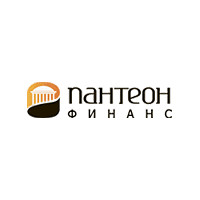 Only a couple of months after the shockwave of MMCIS complaints swept through forums and social media, the unwinding of the Ukrainian broker caused serious financial damage to clients whose funds disappeared and reputational damage to the forex industry.

It appears that a new case of a relatively popular brokerage operating in Russia, Ukraine, Belorussia and Kazakhstan is on the line. Recently, Panteon Finance announced that the company has lost a substantial amount of client funds. There has been no verification of the story in any official form, so we leave it up to our readers to assess the plausibility of the narrative.

At the beginning of last week, brokerage company Panteon Finance issued an announcement about a technical issue causing clients to be revoked access to their cash management front-ends.

A couple of days ago, Panteon Finance announced to its clients that the reasons for the technical issue have been identified and are tied to an internal misappropriation of funds. The Belize regulated broker lost a substantial amount of client funds and in order to save the company, its founders stated that they have turned to additional investors.

The Company’s Head of the Financial Department Lost Money in Binaries?

According to the announcement distributed to clients, during an internal check it was found that an employee of the company, the head of its financial department, has been transferring client funds to his personal accounts in an Asian binary options brokerage.

His illegal activity allegedly remained unnoticed until December last year, when he lost a big sum of money and decided to try and make it back using the same binary options tool. Funds which were supposed to be transferred to the accounts of Panteon Finance in January have only been partially received. The missing sum was transferred to the same binary options account, only to be lost in trading.

The head of the financial department disrupted the software functionality of the system at the brokerage in order to conceal his tracks. During the internal check, the company alleges that the accounts were opened by the employee using the company’s name.

The statement issued by the broker claims that the head of finance legitimized the account opening with the binary options broker, stating that it would be used to hedge risks taken by the brokerage. An “additional source of liquidity”, he allegedly claimed.

Withdrawal requests made by clients in December and early January have been on hold. The head of finance allegedly reported that there was a problem with the company’s bank and asked the legal department to prepare some documentation in order to buy time and decide the best course of action moving forward.

When all of the documents were prepared by the legal department and sent to the financial department, the alleged fraudster decided to use his credentials to chaotically disrupt the operation of the software system at the broker. Panteon Finance claims that he was successful in doing so.

The broker explained in the statement that it wasn’t intentional to cease operations. Due to the sensitive nature of the case, names have not been given in the announcement.

In addition, an auditing process will take place to verify all client balances and for the purpose of restoring all of the financial statistics at the brokerage. After the assessment is finished, the company claims that its clients will be able to start withdrawing funds.

The legal department of Panteon Finance is allegedly dealing with the collection of information about the head of the finance department’s actions and will be providing it to the relevant authorities. In addition, an internal investigation is already taking place, while the company’s owners have engaged in M&A talks with at least a couple of industry peers.

Share this article
Tags: brokers / Russia
Got a news tip? Let Us Know