Kuwait-based FX broker Q8Trade has extended shirt sponsor deal with Al-Qadsia, a major Kuwaiti football team, which will see the brokerage company’s logo adorn the front of the team’s shirts for an additional season, retaining a role it first assumed in 2017.

As well as having its logo imprinted on the team’s playing and training shirts, Q8 Trade will also enjoy additional branding opportunities at the club’s Mohammed Al-Hamad Stadium, which is the fourth largest stadium in Kuwait. 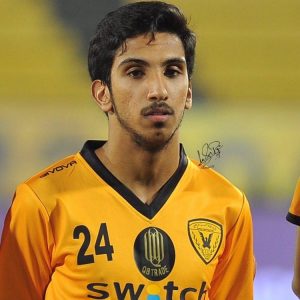 The financial terms of the deal have not been disclosed, but the original contract has been reported to be worth “significantly more” than the deal with Al-Qadsia’s previous shirt sponsors.

The company initiative is aligned with its business strategy which mainly focuses on the Kuwaiti market, although it is intended to subsequently expand into other Arab countries.

Al Qadsia and Q8Trade are not strangers

Established in 1953, Al Qadsia is a well-known Kuwaiti football team, located in Hawalli. The team won several championships and currently plays in the Kuwaiti Premier League which it has won 16 times. It is one of only two teams to have done so, the other being Al-Arabi SC. The team has also won a record number of regional, continental trophies and championships including the AFC Cup in 2014.

Q8 Trade is a brand owned and operated by Q8, a privately held securities company regulated by the Central Markets Authority (CMA), the Kuwaiti financial watchdog. Its license allows it to provide online brokerage services for CFD and forex trading.

As a Kuwait-based broker, its website is available in both English and Arabic, and it has customer service offices in Kuwait and Cyprus.

Founded in 1985, Q8 Securities was originally established as Al-Arabi before it rebranded last year. The transformation and launch of the new FX brokerage business were aimed at delivering off-market, bespoke solutions for retail clients in the region.

UAE and Saudi Arabia in Focus

Traditionally a difficult market to break into, Q8 Trade builds on its parent’s extensive experience to understand the region’s client base and trading styles. 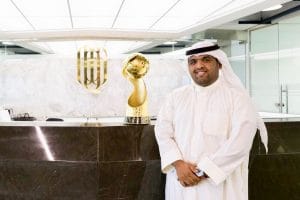 With a booming economy and massive levels of inward investment and migration, Kuwait looks an increasingly attractive investment opportunity, particularly with current uncertainty in the MENA markets. However, expanding into more developed markets within the Gulf area, such as Saudi Arabia and the UAE, will be a complex process with many potential pitfalls, as getting ‘straight’ regulatory approvals to operate a forex retail brand is extremely difficult.

Ali Hassan, VP business development at Q8Trade, welcomed extending the inclusion of his company into the Al Qadsia’s high-profile sponsors. He said in a statement to Finance Magnates: “Q8 Trade is thrilled to announce its sponsorship of Al-Qadsia SC for another season. Sponsoring the number one sport is a step closer to our clients which supports our regional growth.  This renewal shows Q8 Trade’s growing success in ensuring a rock solid foundation created between Q8 Trade and one of the most prestigious clubs in the GCC.”