Plus500 has continued bucking the trend amongst publicly listed retail brokers in the industry. Yesterday the company’s shares spiked 20 percent higher as the Israeli company reported its first half results. The company easily beat estimates and issued a strong guidance for the full year.

The firm’s competition continued to face headwinds. The industry-wide regulatory crackdown and declining trading volumes have been squeezing margins at many FX and CFDs brokers, but Plus500 remains insulated from all that.

The company’s market cap is currently £888 million ($1.15 billion). All time highs are within reach once more, just six months after the firm’s share price was halved in the aftermath of the FCA’s decision to review retail foreign exchange and CFD trading. 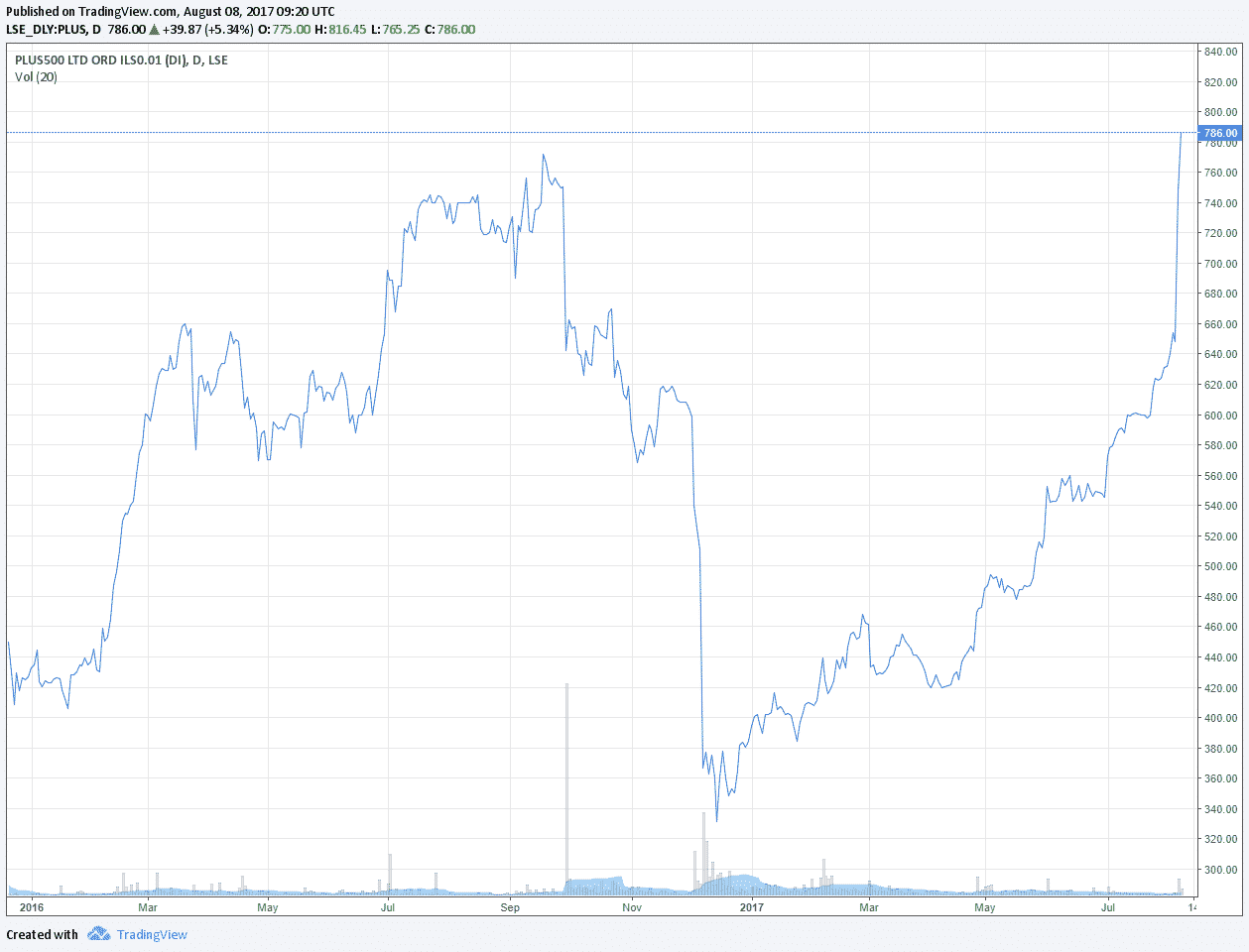 The firm reported that marketing expenses declined by a third, while profits attributable to shareholders doubled in the first six months of 2017. Notably, the metrics continue diverging with the rest of the industry as the average user acquisition cost declined a whopping 37 percent, while average revenue per user increased 10 percent.

During this period the company managed to onboard 31,671 new clients, a 43 percent increase when compared to last year. The number of active customers increased by 8 percent.

Mobile Accounts for 74% of Revenues

Plus500’s revenues continued to be largely driven by mobile. While 70 percent of total revenues were incoming via handheld devices in 2016, this year that number increased even further to a whopping 74 percent.

The figures confirm that the mobile share of trading in the industry still has room to grow.

Plus500 Buyback Program Suddenly Fits In

If anyone had any doubts as to why Plus500 is launching a buyback program at a time when the industry is being squeezed hard by regulators, they should now be put to rest. The company’s management team took an excellent opportunity to buy the company’s stock on the cheap just as the FCA delayed its decision on limiting leverage for retail traders.

With MiFID II looming and the European Securities Markets Authority (ESMA) expected to announce its verdict on retail trading in the coming quarters, risk factors remain. However the bold steps of Plus500’s management have resulted in substantial gains for shareholders of the firm, at least for now.

Whether or not regulators further crack down on the industry, Plus500 looks to be much better positioned than a number of its industry peers to continue thriving with its highly successful business model.