With five offices worldwide, including in Chicago, London, Singapore, Tokyo and Toronto, the Canada-based provider of innovative foreign exchange trading services, OANDA Corporation, has announced the appointment of Vatsa Narasimha as the company’s Executive Vice President and Chief Strategy Officer, according to an official announcement released today.

The company continues to bolster its management. The choice for selecting Mr. Narasimha appears to fit well with OANDA’s technology focused culture, being a computer engineering centric firm: Narasimha holds an MBA in mergers and acquisitions from The Wharton School at the University of Pennsylvania, an M.S. in electrical engineering from Cornell University, and a B.Tech degree from the Indian Institute of Technology (Banaras Hindu University). 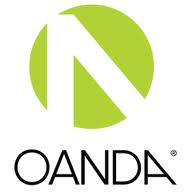 In addition to his academic background, before assuming his role with OANDA, Mr. Narasimha was a principal of The Boston Consulting Group, and for eight years was involved in corporate development and financial institutions practice. He has served a wide spectrum of financial institutions, from retail and investment banks, to asset and wealth management, to working with exchanges and other institutions on a variety of growth strategies, corporate development and operational issues.

A Culture of Computer Engineers

In his new role, he will be responsible for assessing and managing OANDA’s overall corporate and geographic growth strategies, as per the announcement.

Commenting in the corporate press release, K Duker, CEO of OANDA Corporation said,“I am delighted to welcome Vatsa to OANDA’s executive management team. His knowledge of and experience in the financial and forex industries will be an asset to OANDA as we continue to develop and execute our growth strategies.” Mr. Duker concluded in the press release, “Vatsa will work with our senior management team to ensure OANDA’s strategic direction aligns with our values, objectives, and commitment to our clients.”

“I am excited to join the talented and innovative team at OANDA,” said Mr. Narasimha in the official announcement. Concluding his statement with optimism he said, “This company is an established global technology and forex industry leader with an incredibly bright future. I look forward to the challenge and opportunity to contribute to its continuing success.”

From Consulting to Executive Management

Noticing that Mr. Narasimha had already written for OANDA’s blog in recent weeks regarding the acquisition of Currensee Inc in September, and had served as a consultant to OANDA in his previous position, according to one of his blog posts, Forex Magnates reach out to OANDA to confirm whether Mr. Narasimha was involved in the recent acquisition.

A company spokesperson at OANDA did indeed confirm to us that  Mr. Narasimha was a key person involved in the Currensee acquisition, and that he’ll be instrumental in any  such future M&A’s. This background may have clearly laid the foundation providing OANDA with a track record in assessing his business acumen and the affects of any net impact on OANDA’s business as a result of his consultations.

Having promoted him from consultant to executive management, one can assume that he had done his job in a satisfactory manner. The news of Mr. Narasimha’s hire follows the firm’s announcement earlier last week of the rebranding of MarketPulseFx Trading blog as MarketPulse.com. According to a company spokesperson, Mr. Narasimha is currently attending the Forex Magnates London SUMMIT on behalf of OANDA.

Share this article
Tags: brokers / oanda
Got a news tip? Let Us Know