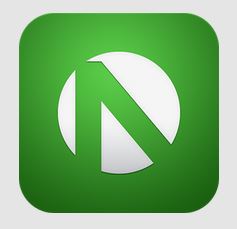 With offices and regulatory status in multiple jurisdictions, OANDA Corporation, the global provider of foreign exchange trading services, has announced the addition of Chinese language support to its fxTrade Mobile trading platform applications, including on iPhone, iPad and devices running the Android operating system, in response to higher client usage from Chinese-speaking regions.

The addition included in version 3.3.2 consists of advanced charting functionality featuring multiple chart types and more than 40 technical analysis indicators, overlays and drawing capabilities for enhanced price data analysis and identifying trends in the market, as well as the following highlights:

Commenting in the official press release, Trevor Young, Vice President of Product Management at OANDA Corporation said, “Currency trading in the retail space is increasingly moving from the desktop to the handset; in fact, in December 2013 as many as 51% of our customer logins came from our mobile trading platforms and that percentage was higher in some predominantly Chinese-speaking markets.”

Mr. Young concluded in the press release regarding the drivers for making the addition, “As an industry leader in the mobile forex space, and realizing that demand from our clients in addition to the growing demand from Asian economies, adding Chinese language support was a clear priority for us and we are happy to deliver that today.”

This adds to the firm’s existing mobile application offering which include the OANDA MetaTrader4 app and the OANDA Currency Converter app, which it offers for free, as described in the official press release.

The company made a series of key management and senior executive changes over the last year, with the shifts appearing to re-position the firm for the new changes ahead, including a possible IPO who had been hinted at, according to people close to the company.

The news comes just weeks after the company announced the expected launch of its application programming interface (API) – the OANDA REST API-  to become available to the wider public and which is expected to support its newly launched OANDA marketplace so that developers can create applications for its trader community, as the appeal of crowdsourced development builds across the online trading technology world.

Forex Magnates recently interviewed Courtney Gibson, the company’s VP of Trading, with regards to the changes that OANDA made from fixed spreads to the more common variable pricing that is typical in the FX Industry, after a decline in client profitability was said as being industry-wide during 2013.

why no automatic streaming news/ auto refresh in fxtrade mobile like in netdania app? it's not good if we have to do manual refresh.

why no automatic streaming news/ auto refresh in fxtrade mobile like in netdania app? it's not good if we have to do manual refresh.