The figure doesn’t come as a surprise since the summer months typically lack dramatic moves. This July was not an exception despite the big uncertainty caused by Greece’s membership in the Eurozone hanging in the air.

Japanese traders are mostly interested in trading the local currency and moves on the local market have been subdued when compared to June. Looking at year-on-year figures the numbers look steady, growing by a third. 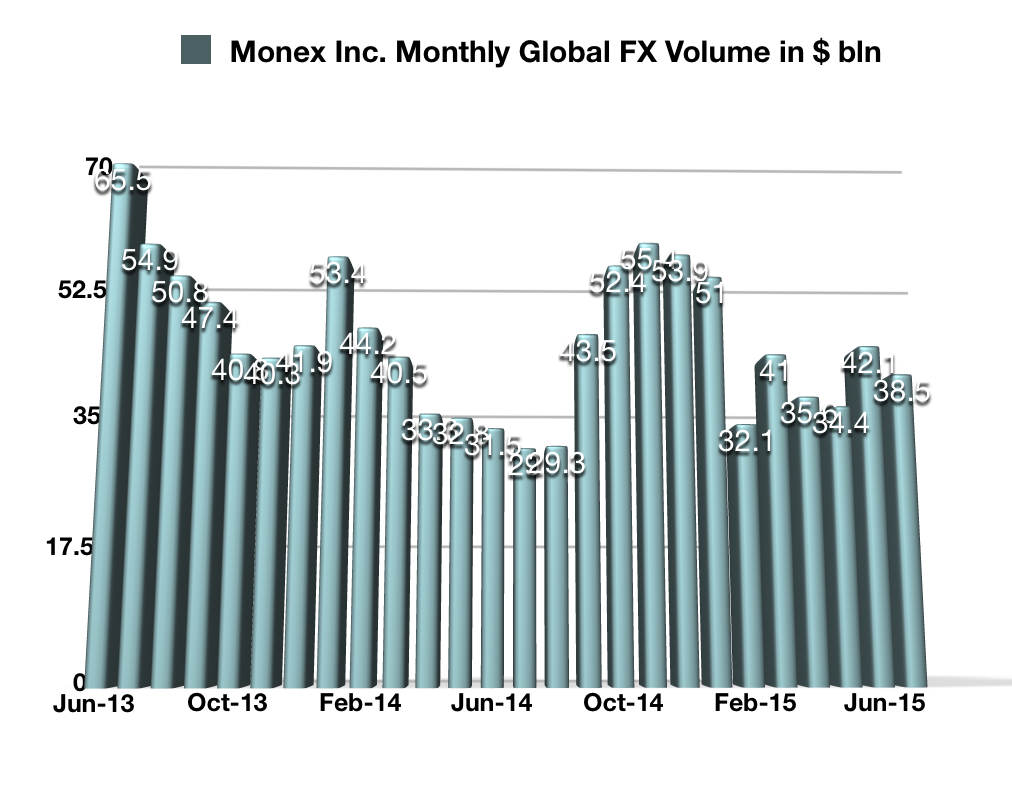 The total number of OTC FX trading accounts has continued moving higher, coming in at 213,815, with the number of active accounts remaining flat month-on-month at 63,612. The average trade value per business day within the OTC FX division of Monex slumped in July to $1.25 billion, which was its lowest level since March.

Despite declining FX trading figures, the number of global Daily Average Revenue Trades (DARTs) in July increased by 2 percent to 309,814. The figures must have been driven higher by the company’s stock broking business which continued charging higher last month. The monthly trade value in stocks came in at ¥1.79 trillion ($14.4 billion) which is a new record high.

At the same time, margin deposits have continued to crawl higher reaching a new record high of ¥216 billion ($1.7 billion).

Looking ahead, August is expected to remain subdued due to ongoing uncertainty about whether or not the U.S. Federal Reserve lifts off interest rates from the zero bound.

TradeStation figures for July have shown little reason for optimism about the U.S. business of Monex. While the number of active accounts decreased by only 67, the total client assets at the brokerage dropped by 4 percent for the month. Nevertheless, the number of DARTs increased month-on-month to 114,068, which is up by 2.5 percent.