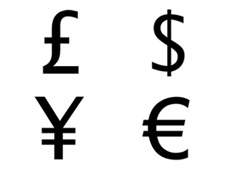 As the clock ticks towards the end of the month, sources from major brokerages across the industry are confirming to Forex Magnates that what we see as multiyear low volatility across major FX pairs is translating to volume metrics for the month of April. With two of the most traded pairs – namely the EURUSD and the USDJPY stuck in a 100 pips range for the past two weeks, the second quarter of 2014 starts with a hiccup.

Brokerages will be releasing their volumes figures in the next couple of weeks and we will know how bad it is when the numbers hit the wires, however an insider at one of the big FX broker companies has stated to reporters of Forex Magnates about the record lows. Disappointing as that may be for the industry players, it doesn’t come as a big surprise, since in contrast to last year we are having bouts of central bank policy “certainty” flowing from all over the globe.

With the main driver of FX volatility last year being the Bank of Japan, the situation at Japanese brokerages has turned sharply, since the central bank has been on hold for the past months. With the Japanese sales tax hike having taken effect since the beginning of April, the next easing policy steps are not likely to be discussed before we see a new batch of data in the coming quarters. Until we see more easing, the Japanese yen volatility is pretty much stuck where it is, that is unless we see some other central banks take decisive action.

Starting from Europe we have two major factors that have infected the FX market. The first has to do with the European Central Bank’s (ECB) policies. While the ECB has been shrinking its balance sheet for more than a year now, the euro has shown remarkable resilience in light of the US Federal Reserve (FED) tapering its asset purchases program dubbed as quantitative easing (QE).

However, with deflation worries lurking around the corner and alarm bells ringing that policy action might be necessary to prevent a deflationary spiral the euro bulls are anxious to continue their run. Adding to that the geopolitical uncertainty that is currently weighing on sentiment we are supposedly getting an environment that is US dollar positive.

That being said, throughout the past 18 months the US FED’s balance sheet has continued to expand despite the reduction of the pace of monthly bond purchases. We are hours away from the fourth meeting that will deliver another $10 billion in QE tapering and despite this, the dollar has not managed to stage a decent rally for the past year. Despite Janet Yellen signalling in March that interest rates are likely to go higher after the fall, the market doesn’t really buy that story as we got a dismal reading for the Q1 GDP stagnating with US growth amounting to a mere 0.1%.

Coming to the second major worry – geopolitical tensions. The other clear factor that is impacting FX volatility among major currencies is the unresolved tensions between the West and Russia triggered by the Ukrainian political crisis and the Russian Crimea invasion.

As the numbers demonstrate, since the beginning of the year the sole beneficiary from these geopolitical tensions are the volumes at the Moscow Exchange which have been setting record after record since December 2013.

The Outlook for Volatility Going Forward

With this cloud of uncertainty hanging above the heads of global FX traders, major decisions are being postponed until we see a shift in central bank policy. The usual flight to safety to which traders have become accustomed over the past 6 years has not materialised this time – the US dollar and the Japanese yen keep underperforming due to their central banks’ balance sheets ballooning.

Looking ahead, any rise in volatility has to either stem from an unexpected resolution to the Russian-Ukrainian conflict, or from any of the major central banks taking a new course of action. As of this moment the most likely one to do so is the European Central Bank, however in the coming term, it is still far from taking additional policy measures at this point in time. The next ECB meeting is on the 8th of May, with few economists expecting brave new policy measures. That said, after Mr. Mario Draghi took the presidency at the ECB, it has become much less predictable in the aftermath of the European sovereign debt crisis.

“Sources close to the matter” say the low intraday volatility has also to do with the FX scandal and alot of key bank traders being suspended/sacked, and the remaining people on FX desks are very reluctant to take “information-based” trades or relay information to customers out of fear for getting dragged into the probes. At least according to bbg and reuters.

Its probably impossible to know for sure let alone quantify, but i would assume a lack of short-term “flow-trading” due to paranoia from bank desks could play a role. Not talking about their macro research, but bank traders providing ‘color’ to clients..

A chart to keep an eye on: EVZ 30-day implied volatility for eur/usd options:

Good to see people finally talking about this problem. ZIRP has been the norm for several years now, so whilst a contributing factor, it doesn’t adequately explain the sudden drop in FX vol this month. Check the date this started… you will notice it followed on the back of the last ECB press conference (coincidence?). As Andy says, the recent spate of FX staff “leaving” major banks is also definitely having a big effect. However, there is more to this story…