A recent Japanese Financial Services Agency announcement has publicly listed several companies related to Forex and the binary options space as not being allowed to operate in the country. The full list of firms also includes financial services companies which are suspected of being engaged in one or another form of fraudulent business conduct and have not been licensed nor regulated within any jurisdiction.

According to the announcement issued by the JFSA, the regulator has informed the firms about the requirements to do business in Japan. The statement adds that there might be other companies operating without licenses, not mentioned in the list, which can be found on the website of the Japanese financial regulator. 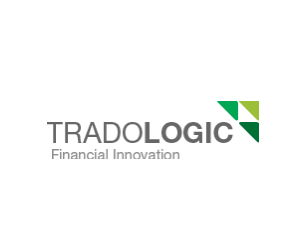 Meanwhile binary options technology provider Tradologic has been well established in the local market, after it started a partnership with FX Trade Financial in October last year, with its binary options platform solution dedicated to customers on the Japanese market. After the companies partnered up together, the platform, which is fully compatible with Japanese regulations, has been gaining traction.

The company has also obtained patents issued by the Japan Patent Office for the specific system and methodology which Tradologic is using to provide its platform for trading financial instruments in Japan. A company spokesperson has confirmed to Forex Magnates’ reporters that patented technologies include Auto Trade, MultiX (simultaneous trading of three assets), Extend (Roll Over, Buy extra Time), Double (doubling a bet), Insurance, Re Strike (or Buy Pips – allowing to change the entry price for an additional bet), Close (Stop, Sell, Buy me Out) and Binary 100 (where traders predict if a given event will happen (BUY) and profit the difference between the purchase price and 100 or if an event will not happen (SELL) and profit the contract price).

can someone explain how the warning affect the broker’s business in that market? and what risk do clients have by dealing with those brokers? I am seeing quite a few brokers on the list

can someone explain how the warning affect the broker’s business in that market? and what risk do clients have by dealing with those brokers? I am seeing quite a few brokers on the list