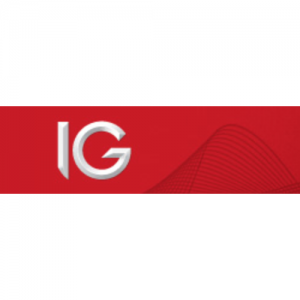 One of the leaders in the UK forex and CFD spread betting space, IG Markets, has launched a new service IG Live, which is a live web-television channel, aiming to inform existing clients about trading opportunities at key times during the day. The service is launching with former Bloomberg and BBC anchors Jeremy Naylor and Sarah Walker. The launch is aiming to enlarge the exposure of clients and prospective clients to information about the financial markets.

The company is airing for short periods of time during the above mentioned times – a clearly different approach from the competition which still needs to gain traction. In contrast, already established Saxo TV, which is part of the Danish brokerage’s Tradingfloor.com website, runs actively broadcasting video market commentary throughout the day. While the coverage is not live, it is very closely related to economic events throughout the day.

Another competitor – Dukascopy TV, has chosen a combination between broadcasting market commentary throughout the day and providing webinars as part of the live part of the experience provided to users. Both competing offerings have not limited the availability of content to certain hours of the day and they can quickly add new content, whereas if IG Live follows the model of three broadcasts per day, it could result in delays in reporting breaking economic developments.

According to the press release issued by IG Markets, the main content is geared towards providing expert commentary and give to the market participants informed opinion and in-depth technical analysis of major market moving events. However the downside to this strategy is that the live element is currently limited in availability to potential viewers – the content can be watched only live, in contrast to competitor offerings from Saxo TV and Dukascopy TV where viewers can watch video-on-demand (VOD).

The Backbone of IG Live – The Team

The backbone of IG Live’s team are Jeremy Naylor and Sarah Walker, who have both previously worked at Bloomberg and the BBC. Mr Naylor has started working for Bloomberg all the way back in 1995, becoming a part of the broadcast unit in the company’s London office. He later worked on Bloomberg’s radio station named WBBR and contributed to the BBC radio show Wake up to Money on BBC radio 5 live. According to his LinkedIn profile, just before joining IG Markets, he was head of production at one of the leading financial markets information websites in the UK, Proactive Investors Worldwide. He has experience in interviewing some of the top global CEO’s, politicians, economists and analysts.

Sara Walker has also spent considerable time of her career working at Bloomberg. She has been a presenter until 2011, when she continued as a senior producer, before joining BBC. She was also one of the first people behind Saxo TV, working as a producer and presenter, since the Danish brokerage’s media started its operations last year. Ms Walker brings an edge to the new offering by IG Markets and according to her LinkedIn profile will serve as head of broadcast.

While IG Market’s Live TV launches with a team of established professionals, the hours during which it operates are rather limited. A twitter feed has been added on the side of the page where questions by the audience can be answered realtime by the team from IG Markets, while a VOD section is missing. Apparently the company has decided that it would like to establish itself as a real time content provider only (at least in the beginning). Forex Magnates reporters have reached out to IG Markets for a commentary on the launch, but as of the time of publication it has not received an answer from the company.

IG Markets’ chief market strategist Brenda Kelly commented in the press release related to the matter that “it’s so important for new and experienced traders alike to keep up-to-date with what’s happening on the financial markets. We’re fully committed to providing the expert analysis and educational resources needed to help people seize the opportunities offered by trading the markets with IG.”

While the idea is somewhat different from other offerings, namely Dukascopy TV and Saxo TV, they have already become popular with retail investors around the world. The variety and the amount of content offered by both companies has been specifically selected by the companies to bring added value to their viewers. IG is entering a competitive market place, with established players, and will need to provide some added value to its viewers – provide them with attractive enough information to be able to generate new client leads through this channel.