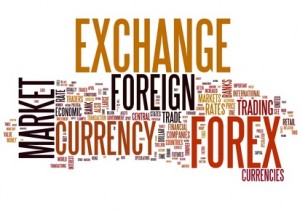 The past year has been a tumultuous one for the industry, publicly traded forex brokers have faced a set of difficulties especially in the first half of the year with volumes declining incrementally, leading to a glut which persisted until September.

With 2014 now almost behind us, it’s time for a recap of the performance of publicly traded forex brokers and an assessment of the sentiment global investors have towards the companies which are set to benefit from increased volatility.

We have selected the biggest publicly listed companies offering over-the-counter forex dealing and compared their performance for 2014 for your viewing pleasure.

And the Top Performer is…

Yes, it’s Plus500 Ltd. (LON:PLUS) – the brokerage continued its solid performance from recent years and its share prices survived some challenging times when The Times reported that the FCA is allegedly looking into the business practices of the company. For now, those allegations have remained only on paper and Plus500 Ltd. (LON:PLUS) finishes the year up by 88.9% to close around 585 pence per share.

Ending the year almost on par are GAIN Capital Holdings (NYSE:GCAP), trading up 18% from January 2nd, 2014, and IG Group Holdings (LON:IGG), which has been, by far, the most stable company in the industry, solidly anchored around stability for most of the year and ratcheting higher in the final couple of months of 2014 to end the year up by 15.4%.

While GAIN Capital Holdings (NYSE:GCAP) has remained the most volatile amongst publicly traded forex brokers, it has also been the leading name when it comes to mergers and acquisitions in 2014, announcing the purchase of City Index for $118 million dollars in tandem with record results in the third quarter.

FXCM Inc. (NYSE:FXCM) has been the under-performer amongst publicly traded forex brokers and probably holds the most potential for growth going forward due to some unorthodox management decisions. The shares of the company are closing the year 7.5% lower.

While FXCM Inc. (NYSE:FXCM) engaged in some client acquisition deals with FXDD and IBFX, it decided to change the firm’s pricing model in a move which could prove to be the best decision the firm has made this year – the company adopted a raw pricing model taking a turn for the industry and probably starting a trend… time will tell.

The underdog in this list surprisingly is hailing from Japan – shares of publicly listed Monex Group Inc. (TYO:8698) have lost 38.6% in 2014, while the broad Japanese stock market index Nikkei 225 rallied 7%. A broad decline in trading volume, fees, commissions and, consequently, revenues has reflected on the share price of the company.

That said, the trading volumes recovered somewhat, but, unlike other Japanese brokers, remained below the record highs reported in spring 2013 after the first round of substantial Bank of Japan easing.

What Will 2015 Bring to the Market

Next year looks promising – the Greek elections are going to cause a nerve-wracking experience for traders. The first question is whether the leftist populist party Syriza will dominate the snap election called for the end of January. Then, if they do, the market will ponder whether a stable government can be formed. If that happens, nobody knows what will follow…

After concluding with aggressive bond purchases on a monthly basis, the US Federal Reserve is in its usual conundrum – to hike or not to hike? And some of the emerging markets (particularly Russia and Nigeria) will be on the brink as long as oil prices remain low.

And the Bank of Japan is always around the corner, ready to load another shell into its bazooka of quantitative and qualitative easing. For the Japanese Prime Minister, Mr. Shinzo Abe, there is no turning back now.

As for the brokers, provided that they manage to stay clean from regulatory scrutiny, 2015 should be a good year. Hallelujah, volatility is here to stay. Happy New Year!

Share this article
Tags: brokers / fxcm / monex / plus500
Got a news tip? Let Us Know