The broker transacted $52.4 billion in forex transactions during the past month and has continued the slew of positive volumes announcements from various trading venues in both Japan and elsewhere.

Monex forex trading volumes in October rose 20% compared to September, an industry-wide bumper month that took the FX market out of the summer doldrums. From a year-on-year perspective, Monex recorded a 28% rise in October.

Following a doubling in ‘average daily trade value’ in the month of September, Monex reported a further 40% increase in October, from ¥138,568 million (~$1.2 billion) to ¥191,618 million (~$1.6 billion). Interest in various FX pairs such USD/JPY, EUR/JPY and AUD/JPY has been particularly elevated since September due to macro-economic factors that have helped forex volatility to spike higher. 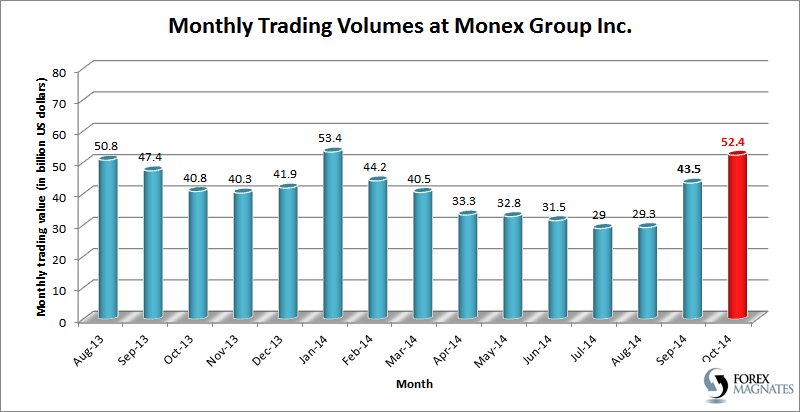 In today’s trading metrics announcement, Monex reported 450 new active accounts and a 2% increase in Daily Average Revenue Trades (DARTs) from 142,884 per day to 145,670 per day.

As Forex Magnates reported in early September, the broker terminated its MT4 services at the end of October and shifted its focus and backing behind Tradable’s platform.