Gaitame.com has just reported its client related metrics for the month of July 2015. While the rise in trading volumes cooled, the rest of the results continued to trend higher.

Throughout the Japanese brokerage, the firm has reported an increased number of trading accounts which have grown by 1,843 in July, overall a very similar rate as in the previous month. Total client deposits have also increased, totaling ¥11.29 trillion (over $90 billion) and marking year-on-year growth of 10.3 percent.

After June’s 36 percent MoM increase in trading volumes, the summer cooldown period lead the figure to flatten out in July. The trading volumes figures came out at ¥28.2 trillion (about $225.8 billion), which is 4.6 percent less than the previous month and an incredible 287.7 percent jump compared with July 2014. 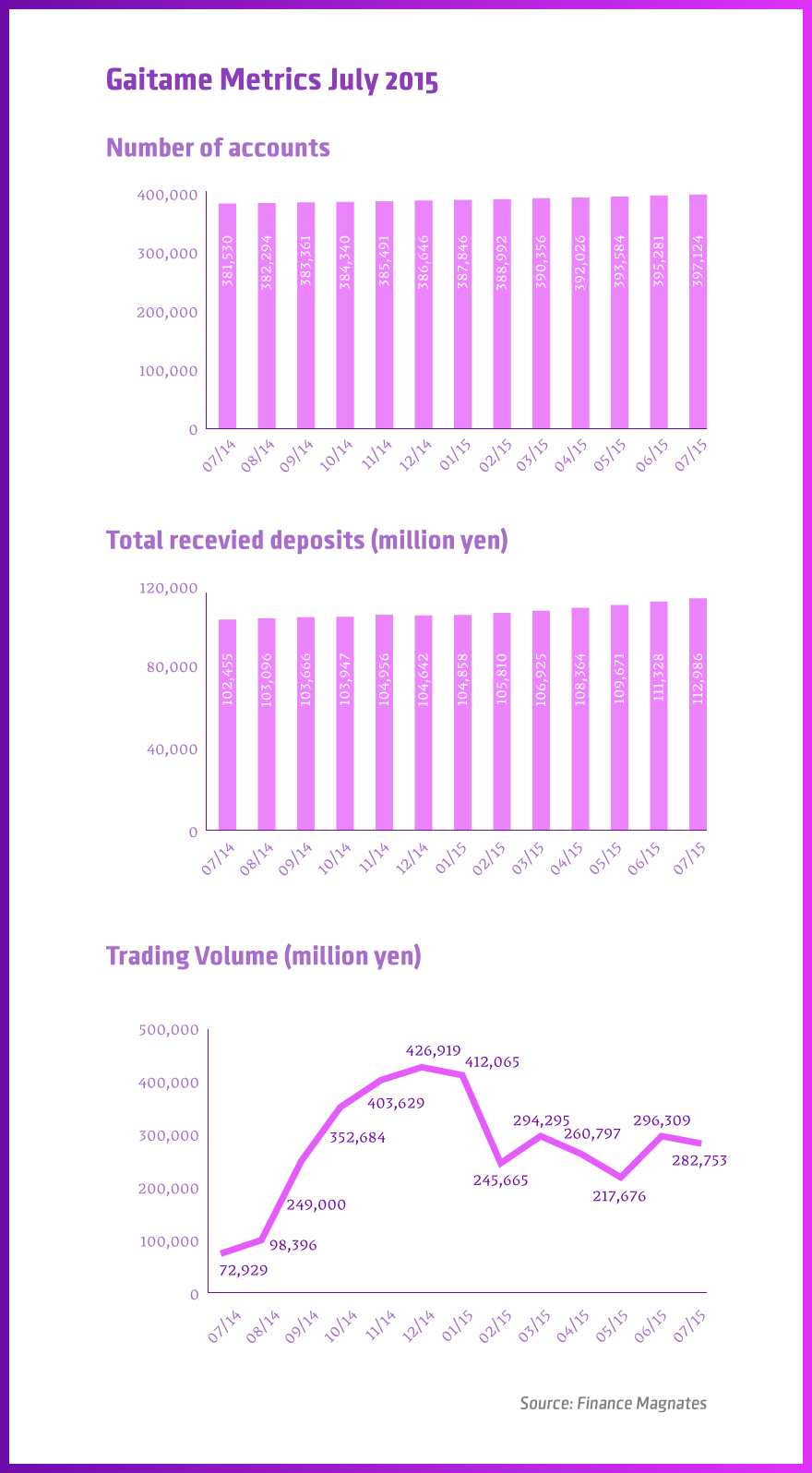