Regulators around the world are continuing to invest substantial resources in order to catch up with the digitalization and globalization that represents the very nature of the FX industry. The Forex Magnates Quarterly Industry Report for Quarter 3 of 2013 takes a close look at the increasing use of surveillance systems by regulatory authorities in the Asia-Pacific region, and the contribution which this is making toward safeguarding client interests.

In the days before electronic trading became so common, and customers of financial institutions operated less internationally, traded on fixed executing venues, or developed a relationship with a financial adviser, the regulatory monitoring was a less sophisticated and infinitely simpler task.

In fact, it was very rare that any investor, whether a large corporation or a private individual would enlist the services of a global firm, and even less likely that any such investor would deposit funds into a client account in one country, to fund a trading account in another, with a company with a head office in yet another location.

The growth of the FX industry has presented a very serious challenge to regulators, because the entire structure by which most authorities were established was somewhat inadequate to maintain a watchful eye over firms which operate globally, and which can provide services within seconds to clients thousands of miles away, and hold client data on server farms which are often hosted in the ether on increasingly popular cloud-based systems. 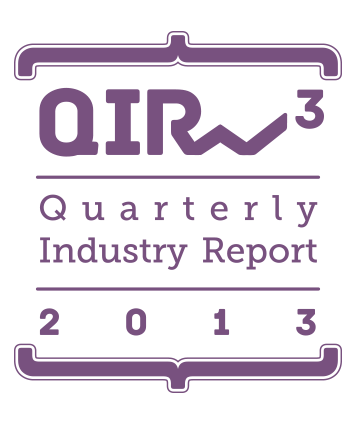 In order to meet this ever-growing challenge, regulatory authorities began using automated monitoring methods. One such regulator is the Monetary Authority of Singapore, whose Risk and Surveillance Head Jacqueline Loh oversaw a surveillance operation which resulted in the censuring of 133 institutional traders for manipulating FX benchmarks.

In June this year, the Hong Kong Monetary Authority (HKMA) joined the global movement to improve transparency and reduce counterparty risks in the OTC derivatives markets, which emerged after the global financial crisis in 2008.

As is often the case in the Far East, the development of such procedures and implementation of systems for surveillance by the HKMA, has been a long and drawn out affair, the planning stage having commenced in December 2010.

The advancement of automated systems by software firms which provide services to the financial sector has also been noticeable this year. One example being First Derivatives, a British company which provided its Delta Stream system to Australian regulatory body ASIC. Subsequent to the implementation of the Delta Stream system in December last year, ASIC has completed a series of enforcements against FX companies for irregularities in compliance procedures.

All of this automation contributes toward an even and non-discriminatory method of monitoring and according to software companies, a cost saving for regulatory authorities.

Forex Magnates spoke to Andrew Smith, CEO of British software company Cor Financial who explained this advantage: “The United States’ government issued fines of over $4 billion in 2008/2009, therefore it is more effective for firms to invest in systems that will help mitigate potential regulatory risks, than to later deal with the penalties.”

The full and in-depth insight into regulatory surveillance in the Asia-Pacific region is available in the Forex Magnates quarterly report for Q3 of 2013, expanding on this small excerpt and going into detail about Japan, Singapore, Hong Kong, Australia and New Zealand, showing statistics, case studies and each jurisdiction’s approach to the electronic monitoring of their respective FX firms.

This article is a precursor to a detailed and full investigation within our latest Quarterly Industry Report for Q3 (QIR), in which we examine in detail the use of surveillance within regulatory authorities across Asia.