Andrey Dashin is the majority shareholder of Alpari UK and the founder of ForexTime. He has agreed to talk with Forex Magnates exclusively to comment on the news that Alpari UK has been placed in special administration following the Swiss National Bank decision that sent the broker into deep losses. 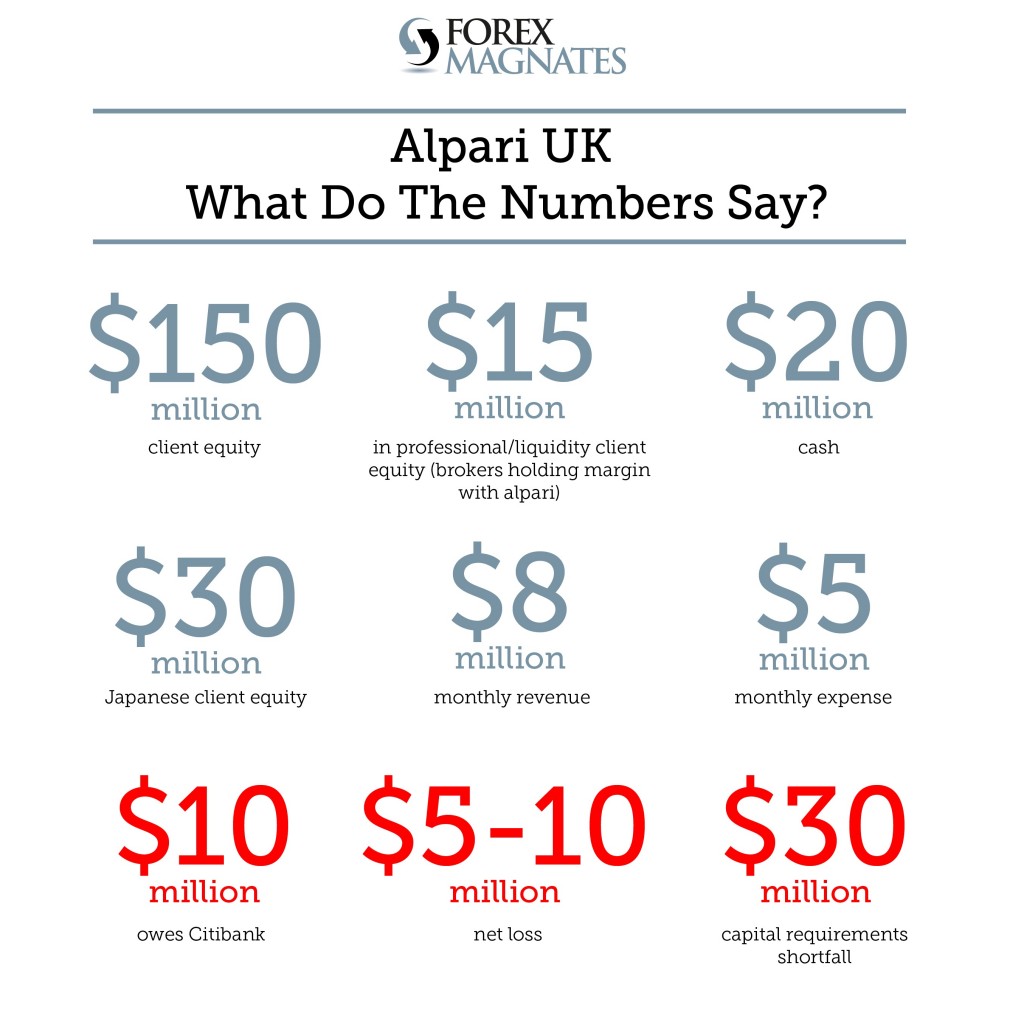 “The current situation in Alpari UK is a natural consequence of its lack of financing. Unlike the other companies operating under Alpari brand in Russia and elsewhere, which have at all times enjoyed and continue to enjoy financial stability, sufficient liquidity and capital, the financial position of Alpari UK has been very different.

Over the last few years it has become increasingly obvious that my partners are either incapable or unwilling to invest their money into the company’s capital. At one point I realized that unless Alpari UK obtains a reliable source of funding, it is doomed.

Since my partners did not share my vision on how the company should be funded – and I have always insisted that we as the ultimate owners should be ready to provide this funding from our own pockets – I had taken a decision to apply for winding up of Alpari Group Limited, a parent of Alpari UK. The winding up petition was filed in Cyprus court on 28 January 2014 and is still pending.

In my view, the orderly winding up was better than a financial meltdown with unpredictable consequences. Unfortunately, it now transpires that I should have filed for winding up earlier: probably in that case that process would have been completed before the “black Thursday” of 15 January 2015, when the unpreparedness of Alpari UK and its lack of any financial buffer caused its collapse and insolvency.

In these circumstances, I would like to also say a few words about Alpari Russia. We all know that the Alpari brand has its roots in Russia and it is in that country where the most experienced managers and employees of Alpari work.

I believe that now is the perfect opportunity for Alpari Russia to expand into the other jurisdictions. Secondly, I think it is very important that the regulatory framework for FX business, the new legislation, will come into effect hopefully in the nearest future.

Alpari Russia was arguably one of the main driving forces behind this legislation and worked closely with the Russian regulators to ensure that the country has truly modern and flexible regulatory mechanisms for forex.

I believe that the regulation is beneficial for the reputable and reliable players on the market, the big fish. I believe that the smaller players will find it very difficult to cope with the new regulation and will have to leave the market. I am sure that this also opens up new horizons for Alpari both in Russia and in the other countries.” 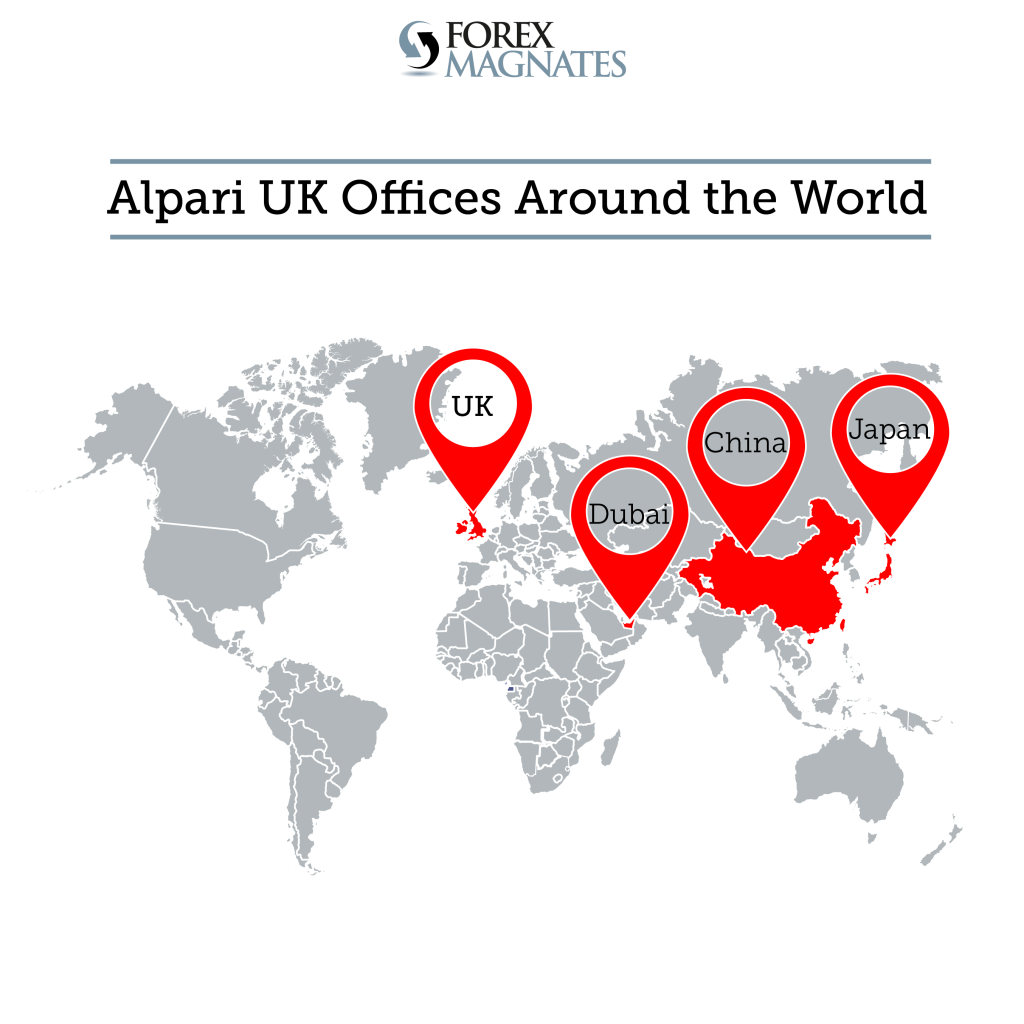 The UK branch of Alpari is going out of business – how does Alpari Russia hope to keep in business; clients only know one Alpari and will be leaving in droves. This is like the a domino effect – they can’t permit the UK branch to go out of business and hope to survive!

So, he is saying that he really want to provide founds from his own pockets, but his partners in the board of directors told him better not do it….and he just follow that advice.

So he decided to keep the money in his own pocket instead of solving the problem of Alpari UK, and his clients.
I mean, he is the same owner as forextime.com and other alpari branches…and he is making good money while letting Alpari UK and his clients alone…just becouse of his unknown “partners” advices??????

Hello again James, with the intention to switch to IEX there is not much scope for the company to play a double agent. They want to ensure that their customers are getting fair execution, and keep them as customers. There is no telling whether they were at any point in time PFOF-ing their order flow, personally I would be surprised if they did. But for their customers to be burned they didn’t need to. As automatic routing of orders to different exchanges occurrs there is a direct methods for HFT’s to “probe” the markets with small orders and front run… Read more »

Hello again James, with the intention to switch to IEX there is not much scope for the company to play a double agent. They want to ensure that their customers are getting fair execution, and keep them as customers. There is no telling whether they were at any point in time PFOF-ing their order flow, personally I would be surprised if they did. But for their customers to be burned they didn’t need to. As automatic routing of orders to different exchanges occurrs there is a direct methods for HFT’s to “probe” the markets with small orders and front run… Read more »

Did Alpari UK not have the same shareholding structure as Alpari russia? How could Alpari Russia feasibly enter into a market where a company of the same brand went bust?

There are too many Andys on this site.

I like his comment about people being ‘incapable’. And where did the former CEO and colleagues go to? ….to Oanda. Fool me once…

1) So, Andrey, how is ForexTime doing? When I read offerings like 1:1000 leverage, your business MUST BE FLOURISHING, or how much time does an account with that leverage survive before it hits your B Book? 2) Good that you mention the “smaller players”. I recall when Alpari actually started with a New Zealand license. Isn´t it more than hypocritical how you personally lash out against smaller players? You were once a NOBODY, too, in this business. Pretty much disgusting attitude you are showing for the “small ones”. 3) Russia regulation = So, I guess, Russia welcomes also Ukrainian brokers,… Read more »

Haha a Russian regulator? Hilarious. Who’s going to trust that? And what country will let you in with the sanctions Russians have over their heads? Everyone knows Forextime copied Alpari swaps, website info, product specs etc. There’s a reason B bookers have survived, it’s because winning trades have their prices adjusted so they dont win anymore and client money is used to support the positions. Russia is unregulated so who can a punter complain to? If you want to be ripped off when you finally pick a winning trade then a Russian based broker is what you need. He’s just… Read more »

“…The winding up petition was filed in Cyprus court on 28 January 2014 and is still pending…” Did Alpari, ForexMagnates, or anyone else report on this? This would have been big news beforehand.

Why would an executive attempt to windup the parent company and then expect people to continue to have faith in the child companies/subsidiaries without really good reason(s)?

Granted, Alpari UK was a great retail broker and I hope it will soon be back on the scene, but what lack of financing has to do with holding leverage unmonitored in ECN context ? did he said that Alpari UK could not afford to hire a Forex risk manager for its agregate client positions as any FOREX trading desk?

Surprised FM has not already broken this news. Would be great to have an interview with regulator to find out specifically what the ‘administrative orders’ mean for both the broker and the clients.

^^I saw it after the fact in a google search. Still need more specifics. None of this makes sense. Who would still trade with Alpari now (any location)? What good reasons could that person(s) provide that would instill trust?

There is no such legal entity as ‘Alpari Russia’. Clients of ‘Alpari Russia’ sign agreements with Alpari (Saint Vincent) offshore company with no regulation whatsoever…

I had to check I hadn’t inadvertently been misdirected to Pravda, this is such typical soviet revisionist propaganda. wah wah wah it was all the fault of everyone else, they didn’t agree with me and they were the ones that were wrong. Here’s something for you to think about – if your partners couldn’t agree you have collective responsibility. That means all of you. So man up a bit instead of crying like a girl and whining ‘it’s not fair’, how about shouldering the responsibility with the same enthusiasm you showed when trousering the profits, eh ? You might be… Read more »

Some corrections and thoughts. The Alpari name has been around as long as retail FX, (late 1990s) not dating to the NZ registration. In hindsight, Alpari UK is/was a beachfront by Alpari Group on its efforts to grow its business outside of Russia, where it remains the top dog. I believe its efforts to grow abroad and accepting to become regulated in credible jurisdictions (in the US, UK, and Japan) were genuine, BUT things did not pan out well for this intl push. US regulators killed the US market and Alpari’s investment there went nowhere. The SNB move now killed… Read more »

Can mr Andrey tell us why did he close the alpari cyprus and open a new company forextime?

Alpari administrators will be going after clients with negative balances, it was announced.

Russian regulation: an oxymoron if i ever heard one………:)