The Financial Futures Association of Japan (FFAJ) posted today its monthly figures for retail over-the-counter currency binary options. Trading volume increased from 71.57 billion yen in December 2014 to 73.16 billion yen in January 2015 (figures include the closing of both long and short positions during the trading period but not representative of the actual total payouts settlement figure to individuals). January 2014 volume was only 50.13 billion, marking an impressive increase of 42.77%.

Trading payment (the total premium payment including all live binary option premiums paid between position takers and binary option providers and closed positions for the trading period) decreased from 26.39 billion yen in December 2014 to 23.52 billion yen in January. This is consistent with January 2014’s figure of 22.12 billion yen, though figures varied wildly in early 2014. 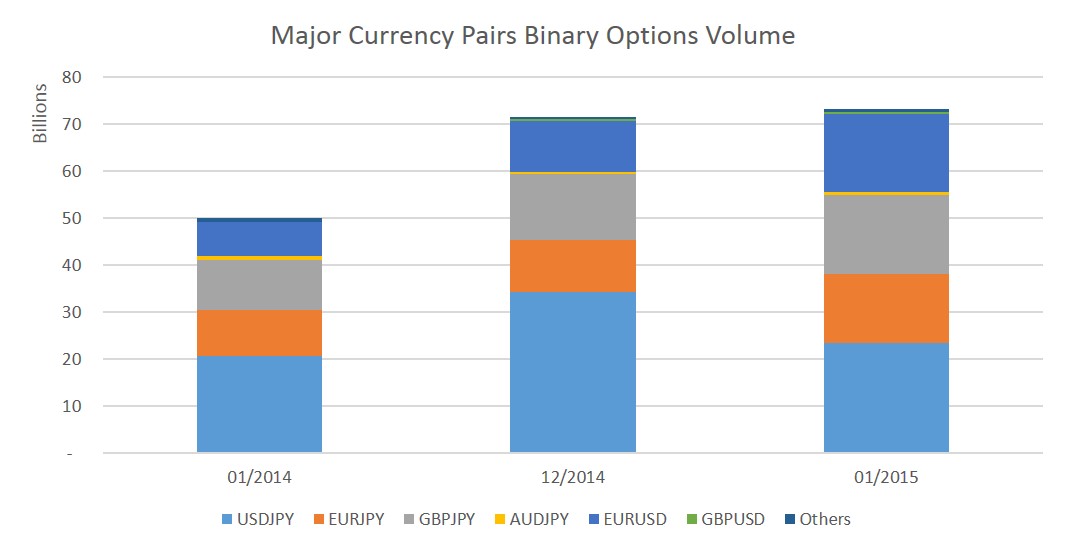