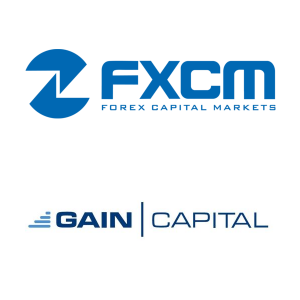 With another challenging quarter passing by for leading forex brokers, FXCM and GAIN Capital unveiled their Q1 2014 results on Thursday. While both companies’ shares dropped before and after their earnings were released, marking their largest weekly declines in a while, similarities between the reports end just there.

Wall Street analysts estimated earnings per share to come out at $0.12, while the revenues were expected at $108.05 million. FXCM under-delivered on the EPS metrics announcing $0.07, but did handily beat on the revenues side with $115.0 million reported. Nevertheless, share prices dropped substantially before and after the event. The company’s share prices have ended the week dropping by 14.5%, despite what Forex Magnates viewed as solid metrics and a well balanced tone of the earnings call.

Without excessive positive notions, FXCM’s CEO, Drew Niv, explained how the company is coping with the challenging FX market conditions. According to JP Morgan’s G7 volatility index chart that was shown in the earnings call presentation, current low levels of FX volatility have only been observed twice in the past decades – just before the Asian banking crisis in 1997 and just before the “great recession” which started in 2008.

While we can not directly deduce that there is an impending disaster around the corner which will drive FX volatility higher, periods of low volatility have always been succeeded by decent recoveries. Since the tight trading conditions have been pressuring many companies in the industry, the solid balance sheet position of FXCM gives it leeway to acquire new clients, as it already has through the deal with FXDD, and potentially new technologies. The current environment is viewed by Mr. Niv as a time when “We’re actively pursuing acquisitions at attractive prices.”

On the recently low volatility, Mr. Niv elaborated, “There is a lot of speculation how much the FX scandal is affecting the dealers and volatility. The reality is if you look at the logic, the dealers are not driving direction, customers drive direction. If anything the dealers will be there to provide liquidity. If the dealers aren’t there and they are taking lesser risk, there should be more volatility because the markets should be thinner.”

Despite the fact that retail volume numbers have been reported way lower than a year ago, as the last number for April marked a decline of 32% YoY, the institutional figures have been solid, remaining flat when compared to last year. FXCM has managed to retain institutional investors and the earnings call detailed that the company’s institutional FX market maker, Lucid, boasted 66% EBITDA margins.

With the substantial drop in retail volumes for the quarter when compared to last year, when Japanese yen volatility caused an unseen surge in trading at the time, the year-on-year drop in revenues by 9.5% when compared to Q1 2013 appears like positive news. Add to that the flat retail revenue per million figures (RPM) at $88 per million traded and institutional RPM at $12 a million, which is the same number as in the first and the fourth quarter of 2013, and the picture looks even better.

While FX volatility might remain low in the near future, there is a much bigger likelihood of a reversal in this trend as the European Central Bank’s governing council showed commitment at its last meeting to accommodate its policy further, and the Bank of Japan faces a dilemma whether to counter the expected negative effects of the government’s sales tax hike implemented in April.

Currently FXCM’s share price is at $12.85, which is a level unseen since the start of the broad-based stock market rally in the first quarter of 2013. While following the earnings call analysts from Sandler O’Neill have downgraded the company to a hold with a $14 price target, sentiment remains positive with JP Morgan recently setting their price target at $17.50, Citigroup at $18 and Barclays $16.00. All of the mentioned analysts are holding a buy rating on the stock.

Overall, with solid margins and decent multiples expected around 16.5 for fiscal 2014, FXCM’s stock seems like a bargain at current levels considering its performance in the past year.

Following the earnings release after the market closed on Thursday, GAIN Capital’s market capitalization dropped by almost 18% after the street’s expectations for $0.20 in EPS and $86.8 million in revenues were shattered. The company instead reported $0.08 per share for the first quarter of 2014, and under-delivered on revenues marking $75.8 million to conclude this challenging period for publicly listed FX brokers in the US.

Most of the positive points that we made about FXCM can not be reiterated in the case of GAIN Capital. While current multiples are barely in the low double digits and the forward looking P/E ratio is at 6.8, the company does not possess the cash part of FXCM’s balance sheet. After the heavy costing acquisition of GFT last year we could see more challenges for GAIN’s share prices looking ahead.

In the author’s opinion, the primary reason for the panic selling that we observed last Friday is the heavy insider selling which has been ongoing at GAIN Capital for the past 12 months. A touch more than than 4.7 million shares have been sold by insiders since April 2013. Considering the swift tripling in the value of share prices in 2013, this development has put a lid on the trust of outside investors who are looking to purchase shares in the company.

Recent data suggests that the firm may not be experiencing the same pace of declines in trading volumes as many other industry players, however the month of April has marked the first figure of declining active account numbers in a while, with the number dropping by 1.3% over March.

Share prices are now trading close to the December 2013 lows. It remains to be seen whether we will see a new batch of investors piling in, despite the hefty insider sales in the past year. Five different insiders, including the company’s CEO, Glenn Stevens, have been cashing out in the past several weeks.

With the share prices trading at just below $8, the company is still trading almost 40% higher than a year ago, with the revenue and client numbers not being comparable to last year’s figures due to the GFT acquisition. The company reiterated that it is on track to achieve annual run-rate expense savings of $35-45 million, while on the M&A front, the firm stated, “Several transactions are in various stages of negotiations.”

With the RPM figures on the retail side of business hovering near historic lows, the company’s CEO, Glenn Stevens, said, “We have organized the business to deliver positive earnings when the retail OTC business experiences challenging market conditions that result in RPM at the lower end of the 80 to 120 bands that we have experienced historically.”

In the Q&A session, Mr. Stevens proceeded to elaborate on the historic ranges of RPM numbers by stating, “Every time that it looks like it’s supposed to bounce along at 80 and stay there forever and this time it’s different, it isn’t. And every time it’s at 120 and seems like it’s going to stay there, this time it’s different and it isn’t. If you look back, our capture has been pretty consistent even beyond the chart that we showed. Probably, we go back two years. You could go back four or five and that pivot is pretty consistent.”

Analysts from Zacks currently have an $11.00 price target with a buy rating, while Keefe, Bruyette & Woods started covering the company’s in the beginning of May and have initiated an outperform rating with a $12.00 target, which happens to be the level where analysts from Sandler O’Neill think the fair value of this stock is. Wrapping up with Wall Street analysts’ opinions is TheStreet, which last upgraded shares of GAIN Capital Holdings to a buy at the end of March from $1.00 to $12.00.

Overall, GAIN Capital’s share prices could be close to marking a near term bottom and with the potential for an increase of volatility on the FX markets we could see last year’s rally reignited.

Disclaimer: The above article expresses the views of its author and not necessarily of ForexMagnates.com. Investors are always reminded that before making any investment, they should do their own proper due diligence on any name or data directly or indirectly mentioned in this article. Investors should also consider seeking advice from a broker or financial adviser before making any investment decisions. Any material in this article should be considered general information, and not relied on as a formal investment recommendation.