What is a carry trade?

The carry trade is one of the most popular trading strategies in the currency market. In practice, putting on a carry trade involves nothing more than buying a high

yielding currency and funding it with a low yielding currency, similar to the adage ‘buy low, sell high’. Carry trades work when central banks are either increasing interest rates, or planning to increase them. Money can now be moved from one country to another at the click of a mouse, and big investors are not hesitant to move around their money in search of not only high, but also increasing, yield. 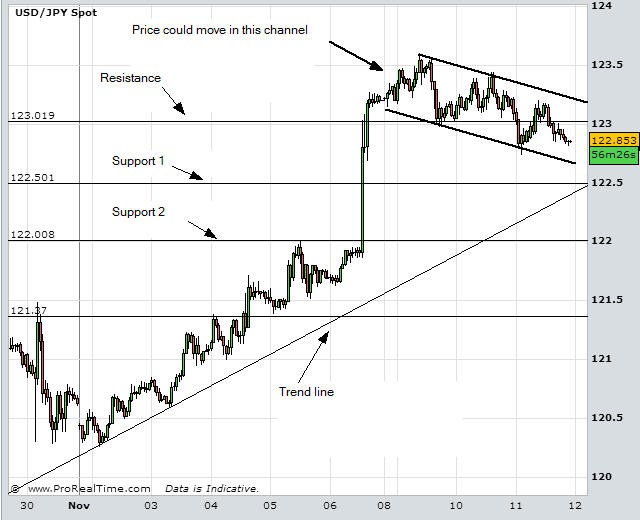 Carry trades also perform well in low volatility environments because traders are more willing to take on risk. What carry traders are looking for is the yield – any capital appreciation is just a bonus. Therefore, most carry traders, especially the big hedge funds that have a lot of money at stake, are perfectly happy if the currency does not move one penny, because they will still earn the leveraged yield. As long as the currency doesn’t fall, carry traders will essentially get paid while they wait.

Also, traders and investors are more comfortable with taking on risk in low volatility environments. The profitability of carry trades comes into question when the

countries that offer high interest rates begin to cut them. Carry trades will also fail if a central bank intervenes in the foreign exchange market to stop its currency from rising or to prevent it from falling further.

Traders should pay careful attention to the future course of Japanese economic growth.

The carry trade is a long-term strategy that is far more suitable for investors than traders because investors will revel in the fact that they will only need to check price quotes a few times a week rather than a few times a day. True, carry traders, including the leading banks on Wall Street, will hold their positions for months (if not years) at a time. The cornerstone of the carry trade strategy is to get paid while you wait, so waiting is actually a good thing.

The Japanese yen’s low borrowing cost is a unique attribute that has also been capitalized by equity and commodity traders around the world. Over the past decade, investors in other markets have started to put on their own versions of the carry trade by shorting the yen and buying U.S. or Chinese stocks, for example. 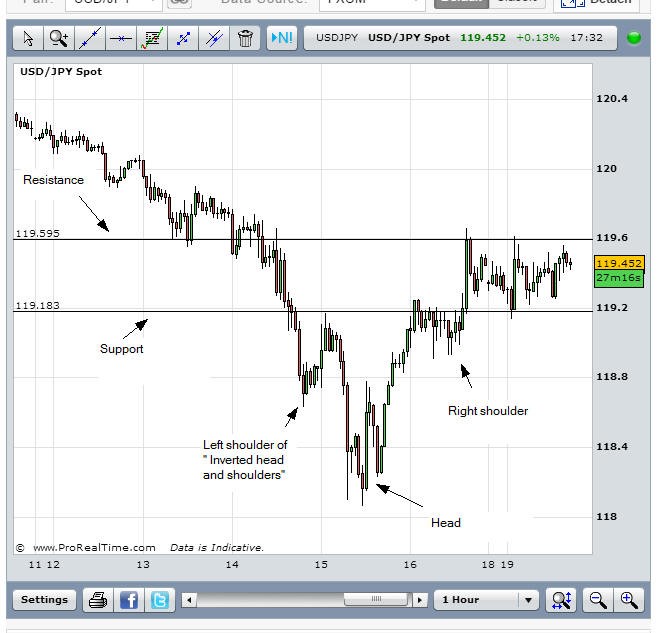 The Japanese economy is the second largest economy in Asia and the world’s third-largest national economy. Japan is a significant exporter throughout the world. Because of the scale of Japan’s international trade, multinational corporations have a regular need to convert local currency into yen and vice versa. Consistently low interest rates in Japan have made the yen a popular currency for the carry trade as well. For these reasons, the U.S. dollar/Japanese yen pair is heavily traded in international currency markets.

Investors interested in currency trading should closely examine the Japanese economy and the U.S. dollar/yen pair to determine if this is a pair they want to follow. The Japanese yen is the most heavily traded currency in Asia and the third most actively traded currency in the world. One consequence of Japan’s extended period of slow economic growth is that the Japanese central bank has been forced to keep its interest rates very low in order that this trend will continue. These low interest rates have made the Japanese yen extremely popular in the carry trade. With carry trades, investors and speculators sell the yen and use the proceeds to purchase higher yielding currencies. This regular selling of the yen has kept its level lower than it otherwise might have been.

The cornerstone of the carry trade strategy is to get paid while you wait, so waiting is actually a good thing.

The U.S. dollar/Japanese yen pair features low bid-ask spreads and excellent liquidity. As such, it is an excellent starting place for newcomers to the currency market as well as a popular pair for more experienced traders. One of the attractions of currencies is that the market is open 24 hours a day, five-and-a-half days a week. U.S.-based investors who enjoy trading at night might consider focusing on the U.S. dollar/yen because the yen is heavily traded during Asian business hours. During relatively calm periods, the carry trade is extremely popular, and the resultant selling pressure can cause the yen to weaken.

When global market volatility increases, the popularity of the yen carry trade fades. As traders reverse the carry trade, they need to purchase the yen. This buying pressure can lead to a general upward trend in the yen relative to the U.S. dollar or other currencies.

Another factor to be aware of when trading the yen is Japan’s dependence upon imports and exports. Because Japan is largely dependent on imported oil and other natural resources, rising commodity prices can hurt the Japanese economy and cause the yen to weaken.

Traders should pay careful attention to the future course of Japanese economic growth. An eventual economic recovery might bring with it higher interest rates, an end to the popularity of the yen carry trade, and systemically stronger levels for the Japanese yen. 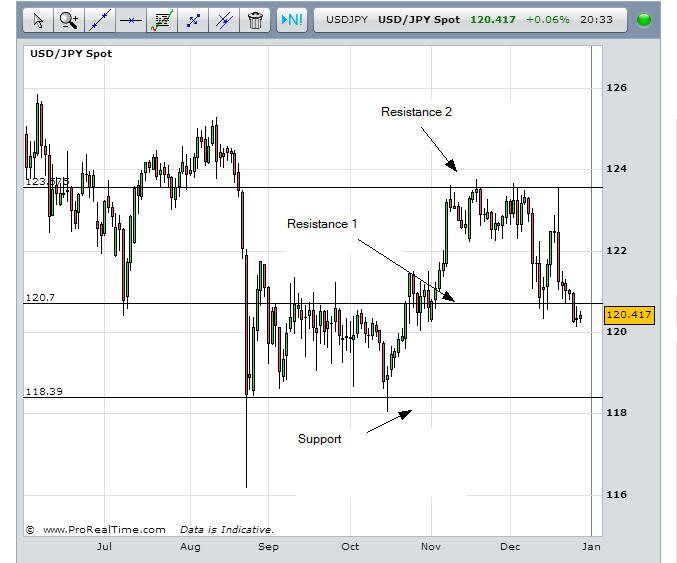 We see here that the USD/JPY pair broke the 120.7 level which represented the support level, becoming resistance. If this pair continues to fall we have support on the 120 price level and if USD/JPY breaks this level it could probably reach 118.39 – a very strong support level. If this pair breaks 120.7, we have a strong buy signal and an open way to 122 and after that 123.5 – very strong resistance.

USD/JPY will probably be higher in 2016, both because it is the key play on the underlying driver of USD gains (higher yields) and because it could continue to rally, even if US yields don’t rise further. By raising the cost of hedging foreign assets, higher US rates have the potential to change the behaviour of domestic private investors in Japan in a way BoJ policy has not. This should bring a whole new layer of JPY selling in 2016.