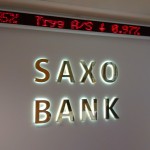 Last week Saxo Bank officially unveiled its new TradingFloor.com portal which is being re-launched as a social trading community. For the initial public presentation of the new platform by senior executives, Forex Magnates was among a group of journalists attending the live demo. Following the presentation, and speaking with both insiders and other attendees below are a list of questions and thoughts about the new endeavor.

1) What does it do? The new TradingFloor is a social trading community. This means that traders can link their trading accounts to the site and have their performance, current and past positions, and risk calculations made public. Traders can elect to use a pseudonym or use their real name. Users can follow other traders and instruments and receive alerts of orders which they can elect to copy. After creating a profile for their account, trade leaders won’t need to place trades using the new TradingFloor but can trade solely on the Saxo trading platform with their positions and orders appearing on both systems.

2) What doesn’t it do? Users can copy trades, but there is still no autotrading ability. Meaning users still can follow another trader and have trades in their account automatically executed when trade leaders place and order. According to Saxo Bank, the autotrading engine has been developed but won’t go into live production until the second half of this year.

3) Any killer features? Among key features, an important one is that there is only data from real traders. But, other copytrader products can also be filtered to only present live data. In regards to upcoming features, Saxo Bank, Co-CEO and Co-Founder Kim Fournais mentioned that they are working on widgets that will be available for third party sites that will stream real-time trades taking place. For affiliates, the widgets represent an engaging solution for attracting potential leads on forex trading portals.

While those items are nice, if I had to pin it down on one killer feature, it would be the integration of proprietary analysis and social commentary in one. It’s one of those things that you need to play around with to really appreciate, but TradingFloor does an amazing job of weaving together all of the proprietary analysis that the site currently is known for with real-time trades and community comments. For example, when you enter EURUSD, you will be provided with the usual chart plus recent trades that have taken place among the social network’s participants. In addition, users will also see an array of analysis articles with reader comments, plus recent Saxo TV commentary. It may sound simple but the design creates a clean interface where traders will feel they are being provided robust analysis without a cluttered feel of too much information. Combining great design and functionality is often a tall order, and this is one area where the new TradingFloor nails it.

4) How important is autotrading? When you think of social trading (well, at least I do) you think of autotrading. Having a crowdsourced social network to view ongoing trades is nice, but when you follow someone, you want to be able to have the ability to fully copy all of their trades as they enter new orders. That being said, without autotrading, TradingFloor will be limited in its use. Saxo Bank has done a great job of engaging its beta users to be actively involved with creating an initial social community. But, without autotrading, my personal opinion is that it will be hard for network to stay active. In this regard, it would seem that Saxo Bank is taking a chance by launching TradingFloor with what is probably six months before autotrading goes live. By doing so, Saxo’s risk is that their existing traders who are seeking autotrading will check out TradingFloor, become confused about where autotrading is, and leave the product without returning in the future when the new features are added.

5) Any incentives for trade leaders? Following on the previous question, according to Fournais, trade leader incentives will arrive when they launch autotrading. The commercialization and incentives are still in business development. However, Saxo Bank does envision in the future where money managers will be able to use TradingFloor to attract new clients as well as handle their existing customers. In this regard, there seems to be a lot of potential here for Saxo to attract managers with existing clients to migrate their business to TradingFloor where they will have access to the larger social network client base, as well as use the bank’s existing account infrastructure to onboard clients. However, Saxo Bank also mentioned that following requirements of various regulations in terms of being money managers will also factor in how they will eventually structure trade leader incentives.

6) Will there be YouTube famous TradingFloor traders? The global reach of the internet has created its slew of web celebrities. In regards to TradingFloor, Fournais, along with other executives at Saxo Bank often quoted that social trading is a “democratization of trading” where the best will rise to the top. What I wanted to know is whether this means that they believe we could see an individual trader become a trade leader and then eventually become an ‘in demand’ money manager and their full-time job. Answering, Fournais explained that this is his goal of the product. Explaining, he alluded to the potential benefits of the above mentioned incentives as well as mentioned that Saxo Bank plans on profiling successful traders to help build up their name within the social trading community. In his presentation of the TradingFloor, Fournais began by citing that he believes that “social is a new advisory model” as many traders have lost trust in the old brokerage and financial advice model. Rune Bech, EVP, Chief Digital & Communications Officer, who joined Saxo Bank to create TradingFloor and directly manage its development, explained that they “want it to become the Facebook of trading.” In this regard, Bech and Fournais both delved into the performance transparency that TradingFloor will provide (transparency was a word that was mentioned quite often). As such, while it may take a few years creating a platform that will spawn upcoming money managers. it did appear to be a goal that Saxo wants to achieve.

7) How much did it cost to create? Saxo Bank didn’t provide a number, other than stating that it was created in 16 months and there were 80 employees that had participated at one point or another in the project.

9) Will it integrate with Saxo Bank’s downloadable platform? This question is still in development.

10) Saxo Bank thinks it is, but is TradingFloor really a ‘game changer’? This last question is an area that Forex Magnates plans on devoting a separate post to cover. But, the short answer is it’s too early to tell. This isn’t just a ‘time will tell’ answer, as much as until Saxo launches autotrading, the full potential remains an unknown. On the surface, the combination of TradingFloor’s robust analysis, Saxo’s multi-asset offering and autotrading would provide superior features to existing social trading products. Obviously to each their own, and the array of existing social and copytrading products on the market do have their advantages. But, on the overall level, the new TradingFloor is set to compete very well against what is currently available in the market. Nonetheless, operationally we don’t know how well autotrading orders will be processed and its latency. Problems with slippage and latency would knock down the appeal of the product.

In addition, it remains to be seen whether traders will recognize Saxo Bank as a social broker. For reference, after IG launched MT4 with some fanfare earlier this year, they conceded in their most recent financial report that the uptake of the platform is developing slowly, and attributed this to being known as a non-MetaTrader broker as they stated “It will take some time before we overcome perceptions that we are a firm which does not offer MetaTrader.” The same could occur to Saxo Bank.