The FOMC will commence its next two-day policy meeting in late September 2016. It will be interesting to see what Federal Reserve Chairwoman Janet Yellen says about the current situation of the U.S. economy after making statements with hawkish undertones at the annual Jackson Hole Economic Policy Symposium.

Yellen’s comments have some currency traders on edge and had market participants and economists guessing what the Fed will do in regard to interest rates.

Now, we all know what Janet Yellen said in her Jackson Hole speech, but let’s take a look at the context at some of her statements.

Yellen said: “U.S. economic activity continues to expand, led by solid growth in household spending … While economic growth has not been rapid, it has been sufficient to generate further improvement in the labor market. Smoothing through the monthly ups and downs, job gains averaged 190,000 per month over the past three months.”

Moreover, she noted: “…the FOMC expects moderate growth in real gross domestic product (GDP), additional strengthening in the labor market, and inflation rising to 2 percent over the next few years. Based on this economic outlook, the FOMC continues to anticipate that gradual increases in the federal funds rate will be appropriate over time to achieve and sustain employment and inflation near our statutory objectives.”

These comments had very hawkish undertones and indicated that the FOMC is considering a fed funds rate hike. However, the timing is not given. Markets in the U.S. remain flat, anticipating the FOMC’s results, trading just modestly higher as this has us all wondering since changes in interest rates have a large effect on the global economy.

State of the economy

Despite the dismal and lighter than expected August U.S. jobs report, the economy still added 151,000 jobs for the month. Some economists are arguing that a September rate hike is off the table due to the weak jobs report, but that cannot be said with certainty.

The economy added 287,000 and 255,000 jobs for the months of June and July respectively. Additionally, the trailing three-month average of nonfarm payrolls is an addition of 231,000 jobs per month. Therefore, the trend of strong job growth is still there and there is a small population of Fed officials and traders who still believe that the Fed could raise rates.

According to the CME Group 30-Day fed fund futures prices, the probability of the Fed leaving rates between 25 and 50 bps is 79%. However, there is still a 21% probability that the target rate could be raised to a target range between 50 and 75 bps. Consequently, market participants should be ready for a potential interest rate hike, even if it’s a small probability.

The U.S. dollar will be affected by the FOMC’s decision, regardless of whether it raises rates or not. The move may or may not be priced in yet, but we’ll have to wait and see. The upcoming meeting is different from last year’s meeting in December, when the Fed decided to raise rates. The U.S. economy is stronger and there are fewer arguments against raising rates.

In December 2015, the Fed rate hike was a rather boring event for the currency markets. Traders were already bullish on the U.S. dollar heading into the FOMC meeting in December 2015, which muted currency moves ahead of the rate hike.

The U.S. Dollar Index is considered weak since it traded below 100 at the beginning of September. Now, this suggests that the U.S. dollar is weak against the basket of six currencies that it is measured against in the index. This may signal that many market participants believe there will be no rate hike in September.

However, there are economists arguing for a Fed rate hike. Goldman Sachs chief economist Jan Hatzius took a stance indicating that the Fed could raise rates in September. Hatzius believes there is a 55% chance of a September rate hike and 80% chance the Fed hikes before the end of 2016.

Nonetheless, there are no real clear signals indicating what the Fed will do in its September meeting. Therefore, we should gear up for a potential rate hike. With the Fed meeting coming later in September, some asset classes that analysts believe investors should keep an eye on are stocks, specifically banking stocks, and currencies during September. Major currency pairs that should be watched are EUR/USD, GBP/USD, JPY/USD and CHF/USD. 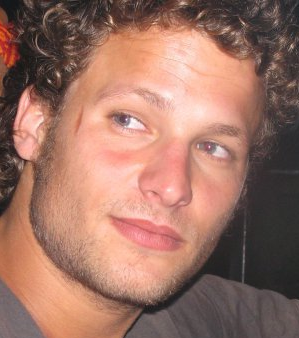