The year of the dollar

​The year 2015 was a record one for online trading. The year’s forex surprise was the greenback, gaining more than 10%, adding to a 12% increase in 2014, despite the delayed increase in Fed interest rates. Multi-year records were set in all USD trading pairs.

The pace and expectations of the Fed rate rise both propelled and repelled traders and more of the same is expected in 2016.

Sentiments competed throughout the year with lower interest rates pushing stocks toward highs. But conversely, reluctance to raise rates was seen as a vote of no-confidence in the U.S. economy, stifling any bullish sentiment and causing stocks to decline.

US equities peaked in May and suffered a 12% correction in the August-September period when China devalued the yuan, generating fears that growth had hit the wall. In the nearly 250 trading days of 2015, so far the S&P 500, while trading in a very narrow range, has remained basically unchanged.

In fact, all U.S. indices are likely to finish unchanged or slightly negative for the year but this masks the reality that almost all the online trading gains are attributable to a handful of high-tech superstars, like Amazon, Netflix, Facebook and Alphabet (Google).

Some 65% of stocks in the broad Russell 3000 index (~down 3.3% in 2015) have fallen 15% from their highs. Investors reacted to the disappointing indexes at year-end with the highest rate of mutual fund net redemption in two and a half years.

Other important global economic events included a continued and unexpected fall in commodity prices, particularly oil. Traders learned the hard lesson that an oil-price drop of 45% in 2014 didn’t preclude another of 30% in 2015, to around $35 per barrel.

US gasoline at year-end was cheaper than water, milk and almost any other liquid. Facing an uncertain economic outlook, an unusually warm winter reducing heating needs, and Iranian oil potentially coming online, the prospects for black gold in 2016 remain opaque.

And while commodities overall should return some 3.6% annually, according to research affiliates, the online trading returns are expected to consist mostly of portfolio rebalancing (selling at rally peaks and buying at dip troughs) and market prices, with little in the way of ‘investment’ returns.

The prognosis, infinitely more difficult than diagnosis, is problematic. In online trading, identifying trends is much easier than timing them. In the immediate-term, we are experiencing (as of the time of writing) a Santa rally in gold, where, according to Bloomberg, in nine of the past ten years, bullion prices advanced from Dec. 23 to Jan. 3, with gains averaging 2.9%.

Longer term-we can expect online trading to be dramatically affected by the continued ECB currency easing (along with political disharmony). This outsized monetary policy should be manifested in both a declining euro vis-a-vis the US dollar and in superior returns to European equities and indexes.

Unfortunately, the political background to this over-charged economic return outlook is an atmosphere fraught with uncertainty and turmoil.

Between a million or more would-be Asian, Eastern European and African refugees and economic migrants and political disharmony arising from widespread popular discontent and the looming Brexit referendum, the European Union faces an extremely challenging and threatening year in 2016. 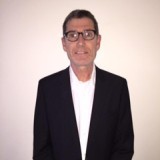