This article was written by Daniel Sesay, Chief Market Strategist at The CityTA

It feels like a re-living of 2015, hearing all this talk of rate hikes. In October last year, we watched several billionaires with their expensive financial advisers and hedge funds lose 25% of their wealth as the S&P500 collapsed to new lows taking their portfolios with it.

To many it did not appear so obvious that the Fed was going to raise rates by at least 25 basis points despite Yellen time and time again preparing the market for this action. Here we are in 2016, denying the inevitable, which is that the Fed needs to make money from its Federal Reserve notes, i.e. the US dollar. At these low rate levels, the banking sector is crying out for a rate rise. As equity markets take shape (I believe in Q2/Q3), it is likely the dollar will start to rally after balancing the inflows to equities.

I tip 2016 to be a year of strong equities growth and dollar appreciation. Bonds are likely to suffer greatly from the outflow, bonds are over-extended at negative yields, it is only a matter of time. The bearish talk on the street is probably responsible for lower bond yields and higher prices. As equities recover I expect the dollar to take shape after. A decline in bonds will certainly set the stage for the tone to change from bearish to bullish.

There are other factors that are pointing the way to higher interest rates. The dollar index is correcting strongly, I suspect inflows to bonds and gold are leading the way. Oil is also bracing for a recovery but I can’t see a descent rally till at least Q3. If I move away from capital flows, the fundamental picture is strong, initial jobless claims are at 40 year lows, unemployment is at pre-crisis levels, the inflation rate is at 1.4%, a far reach from April 2015. I expect inflation to go above 1.5% by Q4 this year. Consumer spending is at its highest, roughly $11.3 trillion, its highest level going back to 1950. The fundamental picture remains rock solid.

The eurodollar interest rate futures are normally a great benchmark to determine the interest rate potential path. Large speculators have increased their net short position dramatically from October last year. The futures are trading at 99.36. They are currently at extremes and I am expecting a massive decline over the next 5 years in eurodollar futures and a likely steady rise in rates. I believe the Fed will likely start hikes as the dollar index retests the lows of 92.49, so my estimates are Q4 2016. 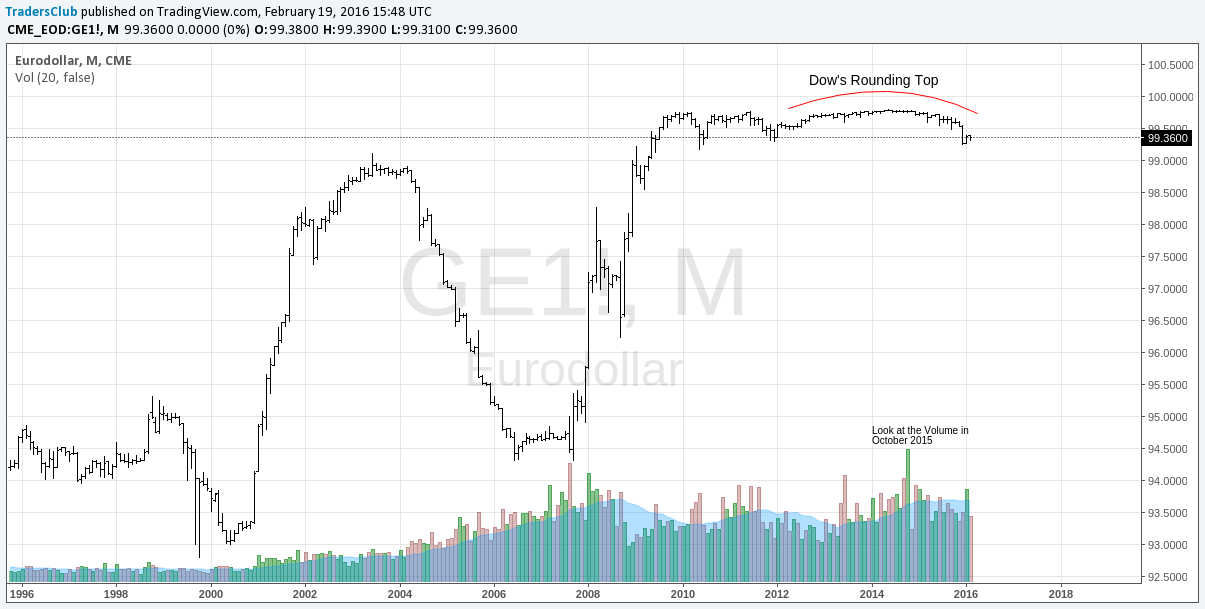 In the end we will see how the tide flows, there are no certainties in global finance.

Will The Fed Raise Rates In 2016?
wpDiscuz