This article was written by David Dixon of Viper Wealth Creation.

The major stockmarkets have avoided a full blown bear market for now and are consolidating at levels some way below previous highs. The caution of the bulls from here is obvious and understandable after the tumultuous start to 2016. So what to look for now?

I am watching 2 ‘barometers’ in the form of JPY and gold. Both have pulled back from recent probably overextended highs but continue to stay above key levels.

Gold started the year close to US$1,050 and reached a high so far this year of US$1,262 and has settled back down close to but for me importantly above US$1,200.

The JPY climbed to a smidge higher against the greenback at US$111.00 and has settled back to near US$112.25 but comfortably above US$116.00 which had shown much support previously.

I believe we may have seen the peak of the US$ bid period against both the shiny metal and the ‘Bill and Ben’. I am not expecting an across the board decline in the US$ but a range bound currency against its major cousins with the euro likely to weaken further alongside sterling to offset JPY gains.

The euro is likely to weaken with help from the ECB with the meeting in March the next significant moment to bear in mind. Recent events have affected the German economy and may well have removed a lot of their reluctance to further QE and easing in general.

Brexit mania is of course the only story re the pound at the moment and we have the fairly recent Scottish referendum to give us some clues as to what to expect, lots of volatility on polls as we get closer to the June vote. I think that a lot of the bad news is priced in to sterling, however never one to try to catch a falling knife I am sitting waiting for the story to unfold before calling a bottom. Cable looks headed to 1.3500 at some point.

The euro could well be a victim of fallout from a UK exit and to this end I am still keen to short against the JPY but see this pair as overextended to the down side for now and we could see a pull back from 124 currently to somewhere near 128 before further moves lower towards 100 much later this year. I do so see a good chance of euro gains to a weaker sterling of 0.80/0.81 on Brexit before heading lower but as stated earlier waiting here.

So to sum up the JPY worm has turned, gold is looking attractive again and sterling will fall further before offering a buying opportunity post the exit referendum. 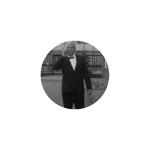 This article was written by David Dixon, Chief Dealer and Analyst at Viper Wealth Creation.

David has over 20 years experience trading for NatWest where the focus was primarily on the spot, forward and derivatives markets.

Since retiring from the professional arena David has become an integral part of the Viper Wealth Creation team.