This article is written by Ville Vainio.

GBP was one of the strongest currencies back in 2007. When the financial crisis hit late 2007 GBP started to decline and lost almost 40% of its value in just over a year. GBP has not recovered from this drop and has started to decline again. EUR/GBP is the exception and this currency pair has been relentlessly declining for the past 6 years. I think this trend has just reversed its course and is at least making a small recovery. Some of the major GBP forex pairs have been GBP bearish for a while. GBP/JPY started to decline late 2014 and I think this trend is going to accelerate and last till the end of 2015 (if not longer). GBP/USD has been on a bear market since June 2014 and is just starting its multi year bearish trend (although I am looking for small recovery shortly). I think that we are going to see a 20-year low in GBP/USD during 2016. I base this view on Elliott Wave Analysis, which is a form of technical chart analysis able to predict long-term price targets. 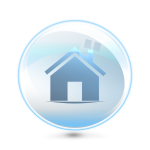 Housing prices in the UK have been on the news a lot and have reached an unsustainable level. London house prices are rising more rapidly than before the 2008 crash – almost 20%/year, and housing prices are rising all over UK. They have reached unsustainable levels and the only way is down. In the 2008 financial crisis mortgage related assets were not allowed to deleverage to normal levels and that is one reason why real estate related asset prices are on record highs. Also, interest rates are held artificially near zero. The only reasonable explanation why this bubble has not popped yet could be that the majority of the real estates and real estate related assets are not held by individuals, but by large investors ie. hedge funds and banks.

If these institutional investors get into trouble and are forced to start selling their assets to meet redemptions, there can be a rapid collapse in real estate prices. There are signs in the recent economic news from UK that this deleveraging has possibly started. This probable housing collapse combined with declining currency and crashing stock market would force rapid revaluation of financial assets. It is hard to say what exact form this deleveraging is going to take, but there can be simultaneous inflation and deflation in different asset classes which is the most terrifying scenario.

Bench mark interest rates in the UK have been 0,5% for the past 6 years. This is unprecedented in the history of  the UK and it has quite a long monetary history. During these 6 years the BOE has expanded its balance sheet by 3 fold, UK government budget deficit has risen to an unsustainable level and has been over 10% for the past 3 years. The BOE has been printing pounds by buying government debt which has not “tapered” this QE and has said that it is not going to. Despite this massive money printing, deflation and declining economic figures have dominated the news for the past couple of months. It is obvious that UK businesses and consumers do not want to spend this “free” money and this hope of recovery is just an illusion. All the UK has as a result is a doubling of the “value” of FTSE 100 index and a massive unsustainable housing bubble.

Great Britain has a perfect opportunity to destroy its currency and with it the whole economy. Since the UK has its own currency, they are not restricted by anybody to massively inflate their money supply and cause massive price inflation. Also, they are not “protected” by reserve currency status like the US, and have more global bond markets unlike Japan. These aspects will likely cause more rapid fluctuations in the currency, destroying its value and creating havoc politically. GBP is quite a volatile currency as is, and the looming problems will likely further increase this volatility.

Is it plausible that this huge stock market rally is legitimate wealth creation and not the result of unprecedented money printing and near zero interest rates? If holding money in the bank is penalized, since price inflation is higher than interest rates and new money is constantly injected in the economy, is it surprising that stock averages are going to clouds? On top of that, big companies that are traded in these stock markets do massive share buybacks with borrowed money and this distorts the values even more. This has nothing to do with wealth creation or economic prosperity.

Actually, when looking at long-term charts of different indices and currencies, we are still living in the same “wave pattern” that started in 2008. In fact, charts of some indices suggest that we are experiencing a prolonged recessionary period that started way back in 2000. If we focus here on the 2008 crash, there has hardly been any progress made since then. Of course the stock markets have gone up 50% and more since the 2008 crash, but this is obvious because of all the QE programs around the world. This expansion of the money supply in most of the large economies has to go somewhere, and it seems most of it has gone to stock markets. The evaluations we see today are absurdly high and have no other direction but down, way down.

I think that businesses in the UK and around Europe have already geared up for this coming collapse. This is evident in the recent economic data that has come out on the eurozone and in UK. If there are negative interest rates, basically free money around and all kinds of new subsidies from governments and the ECB, and we still don’t get any price inflation, I see this as a sign of businesses unwilling to take any more debt and risk in this environment. Lots of small business owners are smart and nimble. They are not fooled by this talk of great prosperity that is just around the corner. Visionaries and innovators will succeed even in the terrible conditions these actions will cause. There are always great opportunities in the rubble for those who are willing to work for their ideas.

I think it holds water because budget and currency move in sync with EU and US and I don t expect the Renminbi to disturb the financial world order anytime soon. It is not the economy it is politics such as the wars in Syria and Ukraine that matters nowaday. Beside we need sustainable green economy, not based on exaustible natural resources.

Is the UK on a Destructive Path?
wpDiscuz