I’m going to add to the countless articles and opinions that have been published about the SNB decision and subsequent events. I realize that many traders have long since moved on and are weary of hearing about it ad nauseam. Other people remain infatuated with what happened and how. I’m in the latter camp so bear with me. I do hope though, to provide a slightly different angle on the matter by the end of my ramblings.

January 15th won’t soon be forgotten by those in the FX world. Without trying to be overly dramatic, it is certainly a moment frozen in time for me. You’d be hard-pressed to find another move of that magnitude happen to the currency of a developed economy.

Bloomberg shows a low of .8517 for EUR/CHF. EBS actually printed a quote at .5. So depending on which of those rates you consider to be the true bottom, a G10 currency dropped either 29% or 58% in a moment. The closest comparison people seem to be making is Black Wednesday. In September 1992 the GBP dropped 15% against the DM when the UK exited the ERM. 15% is massive, but still a far cry from what we saw happen in January.

In Search of Lost Soros 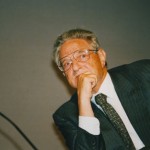 The big question is, what should traders have been tracking? Who and where is the George Soros this time around? How could we have known that the SNB’s resilience to defend 1.2 was fading? Their public rhetoric certainly didn’t give anything away. In hindsight it all looks so pathetically obvious.

The ECB was about to do another massive round of QE. It was simply going to be too expensive to continue defending 1.2. Hindsight does no service to a trader though. Hindsight won’t help us predict the next one. The violent move in CHF after the SNB decision has a lot of people licking their wounds. It has a lot more people licking their chops. How can we be ahead of the next one? Where do we look for the stress fractures of a currency peg? Fractures that will warn us it’s all about to come crumbling down.

A peg is the equivalent of climbing aboard someone else’s boat. Defending a floor is the equivalent of tying your boat to someone else’s bigger boat while the tide threatens to pull you out to sea. Both are protectionist policies generally taken on by export sensitive economies. The former is a full commitment policy; the latter is a directional commitment that relies on some very expensive ropes. However, the vernacular everyone else is using is “peg” so I’ll do the same.

Digression number two: A lot can and should be said about the best way to enforce a currency control and how a central bank should be getting the most bang-for-its-buck. In this case, the SNB quietly and uneventfully bought just enough euros and sold just enough francs to keep the rate from falling below 1.2. Contrast that with the BOJ’s interventionist policy back in May and June of 2002. They didn’t quietly and uneventfully defend a floor.

They came in 7 different times over a six week stretch, and they came in violently. They’d spike the rate up 100+ pips in a moment just to shake out all of the speculative shorts. Usually, in that same trading session, the price would fall right back to the pre-intervention level. But the bank did its intended damage. It made people think twice about piling back into highly leveraged positions again.

Their plan played out well. They didn’t stop the JPY from appreciating, but they never 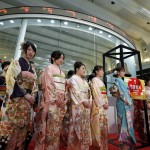 intended to. They just wanted to elongate the process. From April to mid July, USD/JPY fell from 133.50 to 115.60. The market and the Japanese exporters had time to adjust. In my mind, the central bank of a freely traded G10 currency should never aim to control its currency’s value.

That is a costly exercise in futility. They should at most intend to extend the time frames of inevitable moves. The BOJ wrote the book on how to do that effectively. Other central bankers need to read that book.

Ok, now back to the point of this article. How could we have seen the SNB decision coming in advance, and therefore positioned ourselves to profit off the move? As mentioned, “pegs” are usually taken on by export driven economies. They want to stop their currency from appreciating too greatly and driving up the cost of their goods to foreigners.

Foreign orders would stop coming in, GDP drops, unemployment shoots up, etc. So a protectionist policy certainly makes sense. We all know that there is a cost to implementing a currency peg, so we can only assume that there is some kind of cost-benefit analysis done by the central bank regarding what level to defend and how ardently to defend it. Right? If we know what those costs and what those benefits are, and if they are publicly released figures, then we can put an index together showing where the benefits no longer justify the costs. We can use that index to gauge when a central bank is about to abandon its peg and voila, we can then become the next George Soros.

So what then would be considered the costs and what would be considered the benefits? Since it’s a policy to protect exporters, are gross exports the benefit? Would the drop in gross imports be the cost? Probably not as they’d both measure actual numbers against theoretical ones. So is growth to GDP the benefit? This is a federal agency after all, so is tax income to the government somehow a factor? How dynamic and complicated is their model? How often is it updated? Do they refresh it after key monthly economic releases? You can see my train of thought here.

It occurred to me that I may be giving this process entirely too much credit and it’s likely much simpler than that. What’s more likely is this: at some point in time an economist, probably an academic, advised the central bank that the economy loses X millions a year if the exchange rate falls below Y level.

A small group of Manchurian candidates then go back to their desks and form a policy to defend that level so as to keep the economy robust. Some vague budget is assigned to the effort, but since this involves moving targets it’s agreed to be re-visited regularly and as-needed. Pros are not scientifically weighed against the cons. There is no dynamic cost-benefit model. The policy is held till either the global economy rights the situation for them or it’s held till they can’t afford it anymore.

So again, how can we gauge that latter point?

By December of 2014 the SNB had $500bn foreign currency reserves on its balance sheet. That number had been creeping up all year and was up 10 fold over the past 10 years. With a GDP of $685bn, it represents 72% of the Swiss economy. So is that what we track? Is that the beginnings of the CBIB (Central Bank is Bluffing) Index? If defending a floor has already cost a central bank close to 70% of its GDP figure, can we start to build confidence that any further rhetoric is a bluff and that they’ll abandon the peg at any moment? Clearly some countries have higher pain thresholds than others so there would be a massive error rate. But so what? We as traders can develop red, amber and green zones on our charts. For some countries, we may not bet against the peg till they’re deep in the red zone. For other countries we’d get comfortable sooner.

Admittedly this is a half-baked idea (to be generous). I’d love for some better analysts than I to put some more data points to this theory (hint to my Dailyfx team). Where have other pegs fallen apart in the past, what was their foreign currency reserves-to-GDP ratio? More importantly, where do the countries with existing currency controls fall on this spectrum?

This gibberish is from the guy who lost 280 Mn$ in minutes on January 15, when other brokers like Dukascopy had set their leverage on CHF to 10 since october. Sorry to his FX team for still having him as a boss.

– I think just knowing that it was a peg and that a retracement from the 2010 SNB peg installation was inevitable.

– There is no such thing as risk-free trade, although many people do fall in love with the concept (even the adept can be fooled).

– the CHF pairs, especially the EURCHF pair was very quiet over the last few months pre-SNBomb

Thanks for a thorough and personal piece. Was certainly interesting to read this candid reflection about the events as perceived in Brendan’s eyes.

Thanks for the post, reads well and bears some interesting food for thought.

Dear Brendan,
I have read your article back in November printed in a booklet, distributed by Finance Magnates! This was the first Finance Magnates guest blog I have ever read! I got to like this immediately! Kudos for mentioning Soros -> he is the best!!!
David